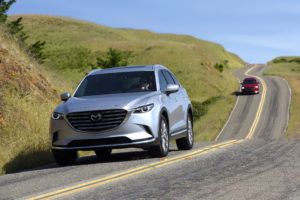 Mazda unveiled its plans for technological development with the first compression ignition gas engine to go into mass production.

Its vision, dubbed “Sustainable Zoom-Zoom 2030,” is led by the new Skyactiv-X gas engine, which will prioritize boosting the efficiency of internal combustion engines. In a compression ignition engine, “the fuel-air mixture ignites spontaneously when compressed by the piston,” Mazda said.

The company also said that it has solved what has plagued the commercialization of such an engine by creating a combustion method that maximizes “the zone in which compression ignition is possible and achieving a seamless transition between compression ignition and spark ignition.”

According to Mazda, its plan to combine a supercharger to the compression ignition will improve fuel economy and increase torque.

The Skyactive-X engines will be made available in 2019 – the same year Mazda announced it will begin with the electrification of its vehicles. The company will prioritize its rollout of electrified cars to areas around the world with firm emission control standards.