Many losing sleep over work issues 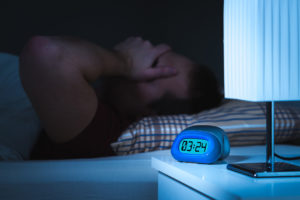 Nearly four in 10 Canadian workers are losing sleep because of work-related issues.

An overwhelming workload, a looming business problem and strained relationships with co-workers. Do those sound like some the problems you’re having at work?

Canadian employees are feeling the strain of workplace issues, and losing sleep over it. According to new research, almost four in 10 workers are affected by a variety of problems.

The findings from staffing firm Accountemps blamed “overwhelmed with work volume/hours” and “can’t get a business problem out of my head” as worries keeping employees up at night with 46 per cent of respondents choose both reasons (multiple answers were allowed).

With the challenges facing the aftermarket – whether it be staffing, competition or the future of the industry – it would be of little surprise if those same issues were affecting owners and employees of shops and jobbers.

Strained co-worker relationships was third at 26 per cent, worries over job loss followed at 18 per cent and dealing with a nightmare boss was fifth at 12 per cent. More than 500 Canadians were surveyed.

More than half of respondents between ages 18 to 34 are most likely to lie awake at night over working long hours, while those 43 per cent those between 35 and 54 and 33 per cent of people over 55 felt the same.

“If work is weighing on you, schedule time with your manager to address your concerns,” said David King, Canadian president of Accountemps. “Be clear about the off-hours impact it’s having on you and discuss where you can adjust deadlines, bring in extra help, or share projects to alleviate pressure.”

Shop owners and jobbers should work with their staff to ensure they’re performing at optimal levels.

“Well-rested employees are often more engaged and productive,” King said. “Providing your teams with the resources to prioritize and collaborate effectively will ensure they are able to keep business goals on track – without compromising work-life balance.”