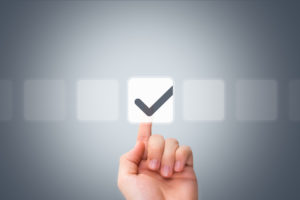 Manufacturers are feeling good these days, according to the recent Manufacturers’ Outlook Survey. More than 93 per cent of respondents say they’re feeling confident in their own company’s outlook.

Manufacturers feel less burdened after Washington passed a comprehensive tax cut package and regulatory policy, and are encouraged by the expectation that Washington will succeed in enacting tax reform, which will help companies compete in the global marketplace.

The National Federation of Independent Business (NFIV), which represents small businesses in the U.S., reported that the Small Business Optimism Index fell in March from February’s level, but even with that result, the robust data seen for much of the past year would still suggest a healthy outlook overall in the economy.

Some issues that still need to be addressed are unfilled positions at 35 per cent, quality of labour at 21 percent, fall in taxes at 13 percent, regulatory burdens at 14 per cent, according to the NFIB.

Within the labour market’s manufacturing sector, 352,000 workers were laid off, quit, or retired. As a result, the industry hired 28,000 workers in February alone. Net hiring is at a healthy spot with an average of 25,142 over the past seven months, according to the report.

In February, manufacturing production had 2.5 per cent growth over the past 12 months, the best year-over-year rate since July 2014, with manufacturing capacity rising to 76.9 per cent. Chad Moutray, Ph.D. CBE, chief economist, National Association of Manufacturers believes that gains made over the past year will continue throughout the rest of the year.