Mann+Hummel get double honor from GM 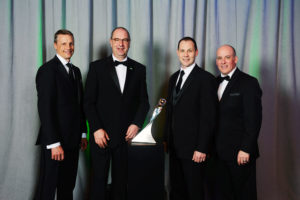 General Motor named Mann+Hummel as its 2016 supplier of the year at a ceremony in Orlando in late March.

According to a news release from Mann+Hummel, the award was given specifically for its air induction system. It marked the 22nd time the company was given the award in the 25 years GM has handed it out. For this achievement, Mann+Hummel was given the Silver Anniversary Award as well.

In all, 118 suppliers form 15 different countries were recognized by GM for exceeding the automaker’s expectations, created outstanding value, or brought new innovations to the company.