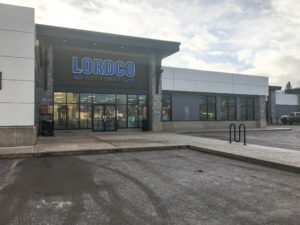 Lordco’s new store in Smithers, B.C. recently opened as its most northern location in the province. The company is continuing to look at more opportunities for growth.

The advice to “go west, young man” is a bit outdated. In Lordco’s eyes, it’s time to go north.

The B.C.-based parts and accessories distributor and retailer recently announced the opening of its newest location in Smithers, B.C. That’s just about smackdab in the middle of the province. It’s about a four-hour drive from Lordco’s previous most northern point in Prince George, which itself is about an eight-hour hike from Vancouver.

Lordco believes its new location will better serve customers to the north as it tries to expand its footprint that way. It’s something the company has been trying to do for many years.

“We’ve been looking for expansion to the north. We were just waiting for the opportunity. It’s been on our radar for years,” said Samantha Coates, vice president of operations for Lordco.“We don’t have a presence there at all.”

Prince George handled customers to the north before the new location opened. Smithers’ population sits just under 5,500 and is about as far north in B.C. as Edmonton is in Alberta. That left much of the province underserved. “We were shipping into that small town and others small towns in that region from our Prince George store,” Coates said

The demand is there to justify the expansion. “We believe that there’s good business up there and that we’d have good, loyal support,” she said about Smithers. “We feel it’s a good fit for our consumers.”

“The north has been our focus. We have the least amount of red dots out there.”

And customers should expect more expansion in the future, Coates predicted. “The north has been our focus. We have the least amount of red dots out there.”

However, she wouldn’t put a timetable on when, explaining that the northern expansion has in the works for many years. “We have initiative to open stores all the time (but) it has to be the right combination for us to make it worthwhile,” Coates said. “The north has been on our radar for a couple of years and as things progress we will look at a few more location up there.”

The company found that what’s bad news for some is good for others. Coates noted the slowdown of the job market in Alberta as allowing Lordco to make growth possible as those who went to Alberta look to return home. “We were losing a lot of B.C. workers to that market for a lot of years.”

The 13,000-sq. ft. facility in Smithers will have 11 product divisions, including automotive, chemical, engine parts, import and welding. It is located at 1260-3364 Hwy. 16. It features a large parking lot to accommodate RV shoppers and tourists passing through Smithers who are in need of parts.

“We’re really happy. The store looks great. It’s beautiful,” Coates said. She also noted that the owners of the mall they moved into made upgrades to dress up the location. “It’s the right opportunity, right timing.”