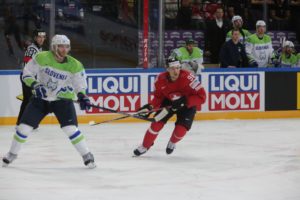 Liqui Moly is once again the official sponsor of the 2018 IIHF Ice Hockey World Championship. The competition will mark the end of the winter sports season for the oil manufacturing company.

The tournament will take place in Denmark from May 4 to 20 and will feature teams from countries across Europe, as well as a team in Canada, USA, and South Korea.

“The Ice Hockey World Championship organized by the IIHF is the biggest annual winter sports event and the ideal closing point for our multi-million advertising measures this season,” says Peter Baumann, marketing director at Liquid Moly.

The German oil and additive specialist is also the official sponsor of the competitions that will be held in Copenhagen and Herning. At both arenas, the company logo is featured around the ice rink visible to the television, will appear on printed materials and partition walls, as well as in the advertising clips shown on the stadium cubes.

“Such advertising co-operations strengthen our publicity in the domestic market and globally. And because we hereby bring viewers that we would not reach with our motorsports involvement closer to the Liqui Moly brand, we are rapidly expanding our brand awareness,” said Baumann.

The marketing director at Liqui Moly believes that the silver medal win for Germany at the past Olympic Games in South Korea will positive effect on the spectator and media figures.

Liqui Moly will also be a sponsorship partner at the World Championship taking place in Slovakia in 2019.