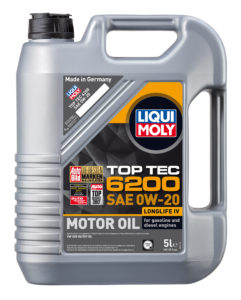 The Top Tec 6200 was developed for Euro 6 emissions standards and “represents a generational leap in motor oil technology,’ according to Liqui Moly.

The motor oil also fulfils the latest standards from Volkswagen. It is less viscous, a Liqui Moly press release said. “For car manufacturers, this is one of many adjusting screws in order to reduce fuel consumption and therefore also emissions values,” explains Oliver Kuhn, deputy head of the Liqui Moly oil laboratory.

But, as an 0W-20 grade motor oil, it should not be compared with other similar low-grade oils, Kuhn said.

“The new Top Tec oil is a special oil that is suitable for special motors only. It is not backwards compatible and must under no circumstances be added to another motor,” Kuhn said. 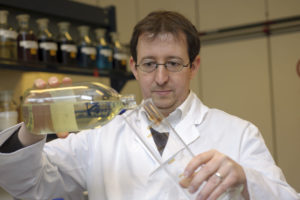 The new oil has a different design than others in the Liqui Moly Top Tec series in order to minimize the risk of mix up, and has different numbering – 6000 instead of 4000 as previous Top Tec oils have.

In order to minimize the risk of mix up, the new oil has a different design to the other oils of the LIQUI MOLY Top Tec series. Also, it does not feature the 4000 numbering as previously all Top Tec oils have, but is the first oil with 6000 numbering.