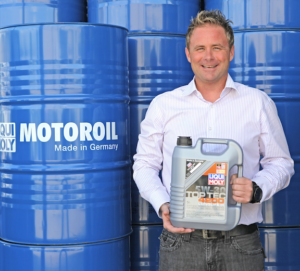 Liqui Moly has doubled its staff in the Canadian market.

Lenny Levac has been named director of sales, Canada and will oversee the expansion.

Lenny Levac has been with Liqui Moly since 2013, most recently as business development manager for North America. Prior to that role, he had been sales manager in Canada. His responsibilities will include increasing brand awareness in Canada, expanding market penetration of existing Liqui Moly product lines, increasing Liqui Moly presence in the region and adding new product lines to the Canadian market.

“Lenny’s keen market awareness and strong relationships he has developed with our many partners in Canada make him ideally suited for this role,” said Zelger.

“This is a fluid transition for me and gives us a great opportunity to continue to grow,” said Levac. “In fact, we have already added professionals to our team and have headcount for more, given the demand we’re seeing in the market. We have hired strategically to better help our distributors and shops further understand how to benefit from our world class products. We will be doubling our support for Canada.”

Ending 2019, Liqui Moly had three sales managers in Canada and has since added two additional managers, Paul Faulkner and Brandon Canario, bringing a combined 20 years of automotive experience to the region. Lenny Levac will be managing this team and seeking to fill a vacant position for an additional sales manager slated to be hired 1Q20.

The company’s core philosophy opposes simply selling the customer a product and then leaving them on their own. Liqui Moly is a full-service package, including high-quality lubricants and additives, technical training, marketing and individual consulting to help customers derive as much value as possible from the products. This strategy has helped make Canada one of the most successful countries anywhere in the Americas for Liqui Moly.

With around 4,000 items, Liqui Moly offers a global, uniquely broad range of automotive chemicals: Motor oils and additives, greases and pastes, sprays and car care, glues and sealants. Founded in 1957, LIQUI MOLY develops and produces exclusively in Germany. There it is the undisputed market leader for additives and is repeatedly voted the best oil brand. The company sells its products in more than 120 countries and generated € 569 million in sales in 2019.