June vehicle sales a big improvement over April and May 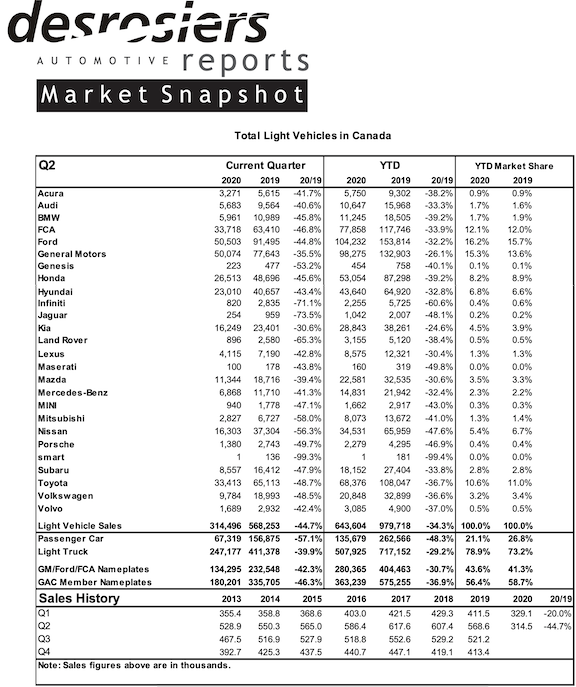 Some 155,439 light vehicles sold in Canada in the month of June was “another big step forward on the climb out of the abyss,” according to analysts at DesRosiers Automotive Consultants.

Although new light vehicle sales were down 16.2% for the month, it was nevertheless a significant improvement compared to the 74.6% decrease in April and 44.0% decrease in May.

Analysts suggested the June saw the release of some pent-up demand into the market, but months of uncertainty still lie ahead.

“With virus case counts climbing once again in the U.S., Canada’s economic and public health recovery stands on an unsteady pillar,” a company release states. “For the time being, however, the overall trend in new light vehicle sales is positive.”