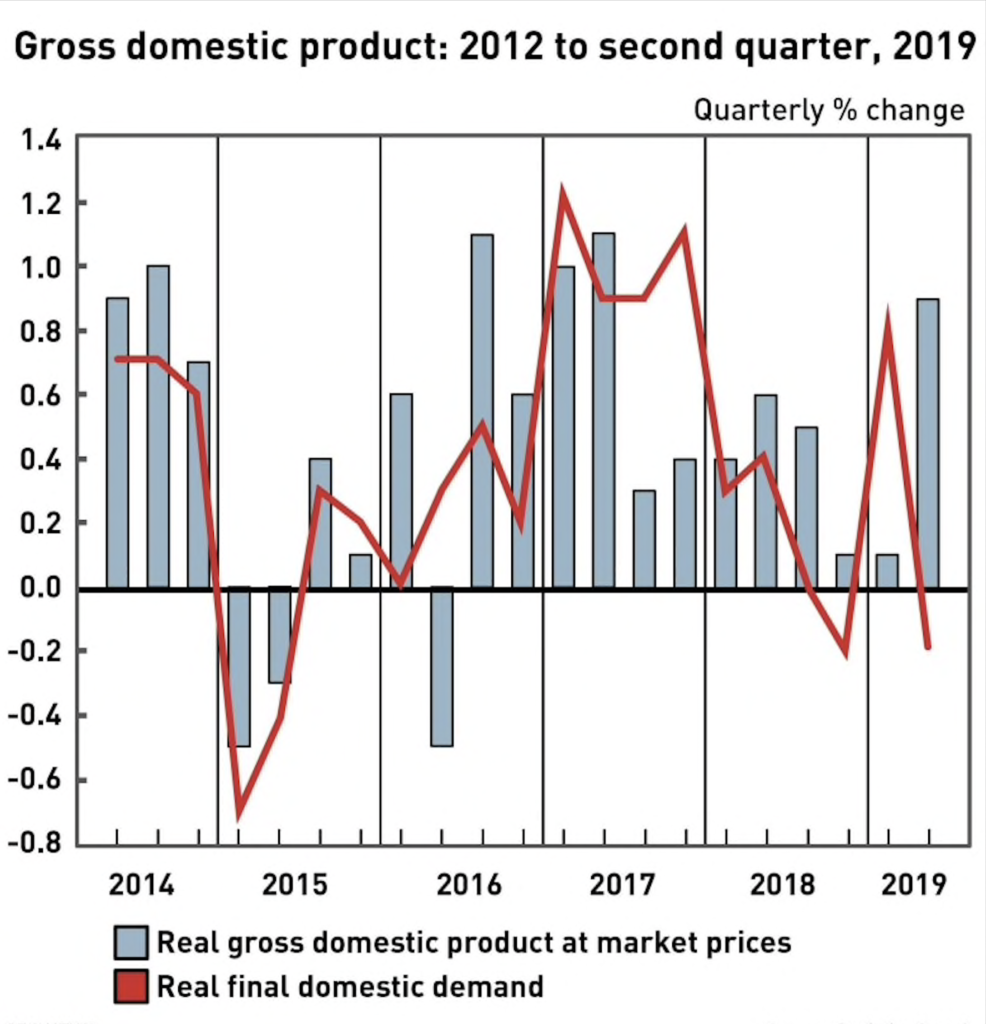 Statistics Canada reports that Canada’s economy expanded for the fourth month in a row in June, as 17 of the 20 industries the data agency tracks expanded.

GDP grew by 0.2 per cent overall, as a 0.2 per cent decline in the goods-producing sector was more than offset by a 0.3 per cent gain in the much larger service sector.

The wholesale and retail trade industries grew in June, as did construction, mining, oil and gas, finance and insurance.

Manufacturing, meanwhile, shrank by 1.4 per cent.

June’s numbers mean that for the three months of April to June, Canada’s economy grew at a 3.7 per cent annual pace. That’s better than what economists were expecting, and the fastest pace in more than two years.

For comparison purposes, the U.S. economy is currently growing at a two per cent annual pace, according to the latest data.

A surge in exports is the cause of much of the growth, as household spending actually inched lower. But exports of goods rose 3.7 per cent in the second quarter, following declines in previous two quarters. Exports of services, meanwhile, rose 1.1 per cent.