July vehicle sales still down, but some brands showing ‘signs of life’

Despite the decline — a common refrain every month this year — DesRosiers Automotive Consultants says some brands are showing “signs of life.”

In particular, notable volume was strengthened by FCA (estimated) and Toyota which, thanks to respective increases of 18.9% and 17.2%, added nearly six thousand units to the monthly sales figure.

Sales increases were also noted at Genesis, Lexus, and Subaru, among others.

Nonetheless, a majority of the Canadian brands recorded declines for the month, most notably Ford, Nissan, and Volkswagen, which were jointly down over five thousand units.

Year-to-date sales dropped 4.8% by the end of July, falling nearly sixty thousand units behind 2018 figures with decreases among many higher volume brands. As the market exits the hot summer selling season, a decline is looking more and more likely for year end.

Analysts at IHS Markit said incoming, but incomplete U.S. light vehicle sales suggest a sales pace for July that should be below the May and June levels of 17.5 and 17.2, respectively, but above the 16.5 million unit pace in April.U.S. auto sales 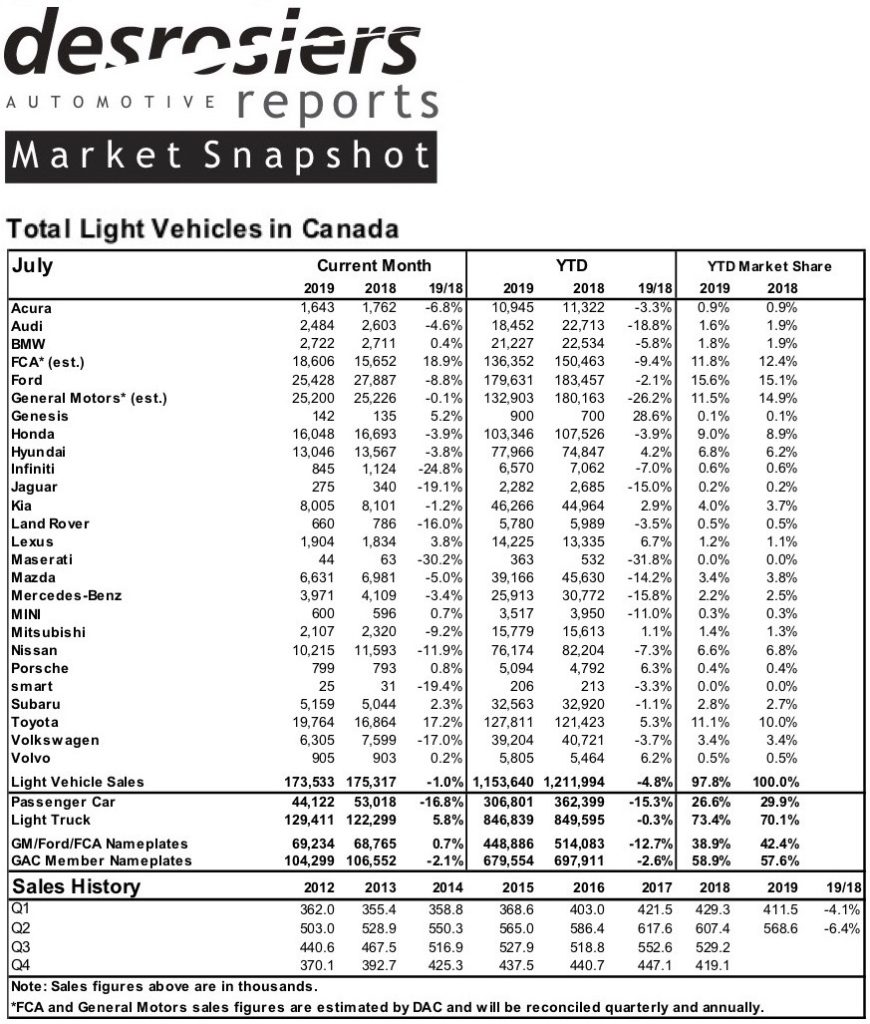 
1 Comment » for July vehicle sales still down, but some brands showing ‘signs of life’