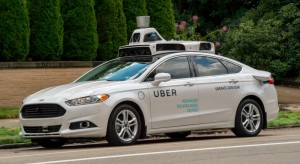 Uber has announced the launch of its pilot program of autonomous Uber vehicles in Pittsburgh.

Uber users in the city can now hail a self-driving Ford Fusion. The new pilot program is part of Uber’s real-world testing of its autonomous technology. Each autonomous Uber vehicle will also come with a back-up safety driver.

The technology is still very new, according to Uber, which is why each vehicle comes with the back-up driver to take over in complicated situations, such as bad weather. But Uber calls the pilot program a big step forward in reducing the number of people killed in traffic accidents each year, along with freeing up congested cities.

Uber also says that these autonomous vehicles will be on the road 24 hours a day in the future, which could lead to an increase in demand for the maintenance and service of these vehicles.