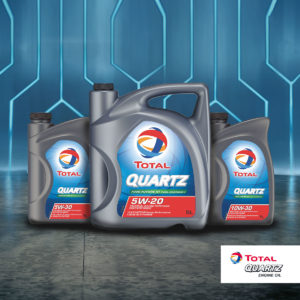 “The oil market has evolved and will continue to evolve in the years to come. This is why Total is presenting its new line Total Quartz 7000 Future XT to provide a significant alternative to conventional engine oils.” explains, Franck Bagouet, president and general manager, Total Canada.

Total Quartz 7000 Future XT is high-performance multigrade engine oil for passenger cars, exceeding the latest API SN/CF and ILSAC GF-5 sequences and officially approved by General Motors and Ford. These oils are also fully backward compatible with the former API and ILSAC sequences, and can be used in a vast majority of vehicles, from the newest to the oldest ones.

*Designed to provide maximum protection for the engines of our vehicles, improve their running, improve their performance and enable major fuel savings.