Total Canada Is Official Partner Of The  2016 Nissan Micra Cup 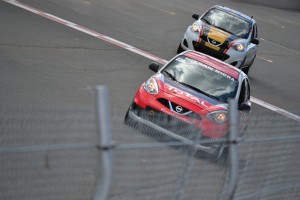 At the Montreal International Auto Show, Total Canada announced that it will be the exclusive provider of oils and lubricants for the Nissan Micra Cup teams.

The 2016 race calendar from Nissan Canada and JD Promotion and Competitions as follows: