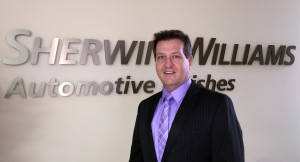 In his new position, Redwood will be responsible for leading the Central Canada employees to consistently grow sales and profits through the Company’s dedicated automotive branches and distribution partnerships in the marketplace.

“Bruce’s background and experience have him well prepared for this role,” says Leibel. “Bruce comes to this position with more than thirty years of extensive PBE sales and operational experience including far-reaching refinish market background prior to his joining the Company.” Leibel also notes that Redwood was promoted from his recent assignment, that of Sherwin-Williams’ Vehicle Refinish sales representative in the Greater Toronto Area-West.