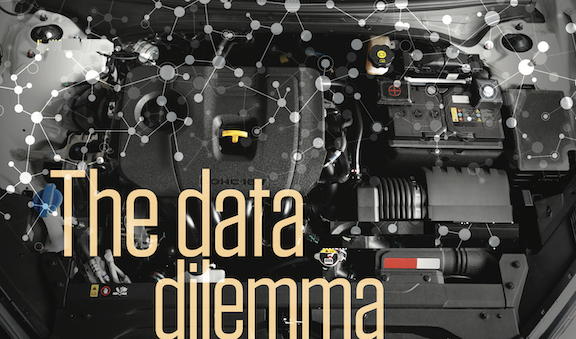 Nearly three-quarters of Canadian consumers believe they should own the data their vehicles produce, according to a survey commissioned by the Automotive Industries Association of Canada (AIA).

Some 74% of 2,061 survey respondents believe they’re the rightful owners of the data that is generated when they drive their own vehicles.

Broadly speaking, the survey found that 60% of vehicle owners would like to better understand issues around data, while 40% essentially don’t care.

The report reinforces AIA’s stated position that the motoring public should be better educated about issues surrounding data generation and use.

Last year, the association discussed what it termed the “battle” of data ownership, saying if OE manufacturers presume to own the vehicle data, they could establish a monopoly that would threaten car owners’ repair choices and hinder competition in the service industry.

“Car manufacturers will be in a position to influence car owner behaviour, and will have control over where car owners could take their vehicles to be serviced along with what replacement parts and supplies will be available on the market,” an association circular states. “Critically, they will have influence over the cost that people will pay for services, parts and supplies.”

The new study makes the point that education is a key element in the fight for fair data use.

“Although there is always some element of caveat emptor, vehicle owners also seem to believe that the responsibility of being informed about the data their vehicle produces and who owns it should not fall squarely on their shoulders,” the report’s conclusion states.

The report also points out that there appears to be some inconsistency in the attitudes – or at least some subtle nuances that need to be further explored.

“At 40%, the proportion of vehicle owners for whom it does not really matter who controls their in-car data is not negligible,” the authors state. “When we consider that most Canadians would probably agree that the more control they have over their personal data the better, seeing that 40% of vehicle owners don’t care about who controls their in-car data comes as a bit of a surprise.”

AIA commissioned the survey of vehicle owners to discover what they expect their vehicles to track, what they know about the amount and type of data cars generate, and what they’d like to see done with that data.

Fewer than a third of Canadians say they have a clear understanding of the type (30%) or amount (31%) of data their vehicles produce.

Nearly half of Canadian consumers (48%) say they would like to better understand the data their vehicles produce and how it is used.