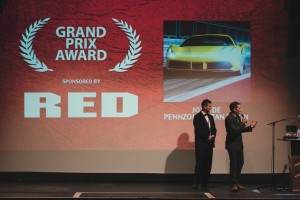 The Pennzoil mini-film series, Joyride, along with filmmaker Ozan Biron, were recently recognized with three awards at the London Motor Film Festival in London, United Kingdom. The accolades included the Grand Prix Award, the most prestigious award of the event, for the high octane action of Joyride.

The film festival, which took place at the Clapham Grand Theatre in London, is a premiere automotive film event in recognition and celebration of the craft of automotive media. Award recipients were selected by a panel of judges from the automotive and movie-making realms.

Pennzoil and Biron won in the following award categories at the London Motor Film Festival:

“The mini-film series was born from a challenge to create highly-engaging content that at the same time authentically communicated the product benefits of Pennzoil Synthetics,” said Doug Kooyman, Pennzoil Global Brand Director. “Ozan brought our vision for content speeding to life through Joyride, a three-part mini-film series bursting with action and inspiring vehicle performance. The feedback has been overwhelming and these awards are icing on the cake!” 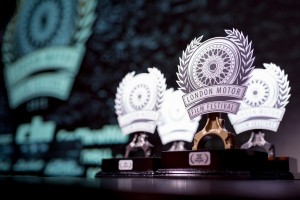 Beginning in 2015, Pennzoil and their creative agency, J. Walter Thompson Atlanta, enlisted the help of Ozan Biron and Lemonade Films to direct the Pennzoil Joyride mini-film series. Together, they traveled around the globe, from the chic streets of Barcelona to the extreme temperatures and terrain of the Baja desert and Canadian Tundra to film and produce each of the three installments of the series.

“Joyride was a passion project for me. When you get to produce something that gets your adrenaline pumping and work with people that share and believe in your vision, it’s hard to not work tirelessly and still enjoy it,” said Ozan Biron, director of the Pennzoil Joyride series. “These awards are such an honor and a nod to what I already know, Pennzoil is paving the way for automotive excellence through their technology and next level content.”

The plot of the Joyride series revolves around a Joyrider, namely precision driver Rhys Millen, who is in constant pursuit of ultimate engine performance, locating special test cars hidden in breathtaking locations all over the world. Through the series, viewers have the ability to ride along with him as he experiences the technology Pennzoil has to offer first hand. The Pennzoil Joyride mini-film series showcases some of the brand’s top OEM relationships by featuring their vehicles achieving next-level performance in extreme conditions with Pennzoil Synthetics under the hood.