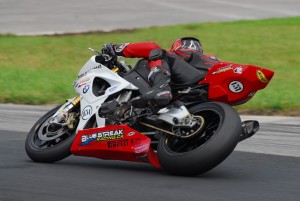 Motovan has agreed to a two-year deal with the CSBK tour, becoming the official power sports partner of the National Championship road racing series for the next two seasons. Mopar CSBK recently announced that the series’ feature races will be shown on TSN, The Sports Network, in 2016.

“This is a great opportunity for the CSBK Series and Motovan,” explained Motovan’s Marketing Project Leader David Bond.  “We are motivated by new products and initiatives at Motovan, and we look forward to this kind of approach in our support of the Mopar CSBK Series. We’re definitely focused on growth.”

Motovan will support a number of important new programs within the CSBK National Series, including a $30,000 dollar retail fund aimed at supporting series products through contests, at-track give-aways and similar programs, associated and activated through Social Media, web and venue engagements.

One of the central elements of Motovan’s involvement will include on Liqui Moly, the famed German company that focuses on oils, lubricants and additives. Liqui Moly Motorbike is exclusively distributed in Canada by Motovan. Liqui Moly becomes the title sponsor for the Pro Sport Bike class, allowing new focus on the middleweight DOT street-bike-based racing division.

Founded in Germany over 50 years ago, Liqui Moly is one of Europe’s leading brands of lubricants as well as fuel and oil additives.

For 2016, Liqui Moly Pro Sport Bike will get next day, flag-to-flag web video broadcast for all six events in the ‘600cc class’ National Series. As well, the year end points fund pay-out for the top finishers on the Pro Sport Bike tour will double to $13,000 thanks to the support of Motovan and Liqui Moly.

Kenny Riedmann will wear the number one plate on his Kawasaki ZX-6R Ninja in Liqui Moly Pro Sport Bike in 2016, having earned the class crown aboard Triumph equipment the past two CSBK seasons.

“We’re all really excited to have Motovan on board,” said Colin Fraser, President of Series owners Professional Motorsports Productions. “There are lots of good programs in the pipeline, and Motovan share our goal: to continue to improve and develop the National Championships.”