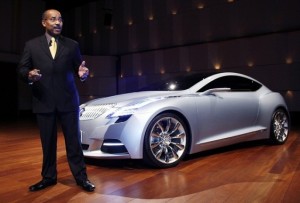 Ed Welburn, General Motors’ longtime head of automotive design and the first African-American to lead global design for any automaker, is retiring after 44 years with the company.

Welburn, 65, has led GM Design in North America since 2003, and was appointed global design chief in 2005. He was responsible for the company’s interior and exterior designs, leading upgrades as the company emerged from its 2009 bankruptcy.

Welburn steps down July 1 and will be replaced by Michael Simcoe, who has been with the company for 33 years. Currently Simcoe is vice-president of international design.

GM said Welburn set up a network of 10 design centres around the world with over 2,500 employees. He’s responsible for functional designs of everyday GM products as well as iconic performance cars such as the Chevrolet Corvette and Camaro.

Under Welburn, most of GM’s designs haven’t been flashy, but they have been smart, offering good visibility and interior space with a conservative yet appealing look, Fisher said. “I think they’ve improved the design of their cars without compromising their function,” he said. “It’s hard to make a car that looks good but also is packaged well.”