Keith Gordon Is This Year’s  Young Executive Of The Year 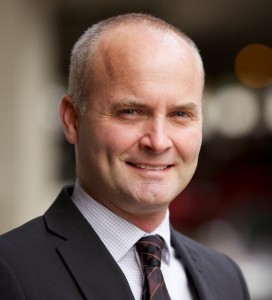 On May 12th, AIA members will celebrate the 2016 Young Executive of the Year Award recipient, Keith Gordon, Canadian Director of Sales at Delphi Product & Service Solutions.

The award will be presented at AIA’s Aftermarket Conference for Executives (ACE) being held at the Hotel Omni Mont-Royal, in Montreal, Quebec.

Keith began his career in the automotive aftermarket in 1995 as a Territory Manager for Specialty Sales & Marketing, where he assumed increasing management roles in Ontario, Atlantic Canada, and finally nationally. He joined Delphi Product & Service Solutions as the Canadian Director of Sales in 2009, overseeing all of the company’s aftermarket sales in Canada, a role that he still holds today.

He is actively involved with the aftermarket industry having held positions on numerous AIA committees, including the Ontario Division, the YES Committee, and the Marketing Committee.As the former Chair of the AIA Ontario Division, Keith assisted with the planning of several regional conferences and charity golf tournaments supporting the aftermarket scholarship program. He is one of the original members of the AIA YES Committee and former Vice-Chair.