Is the symbolism of car ownership becoming outdated? 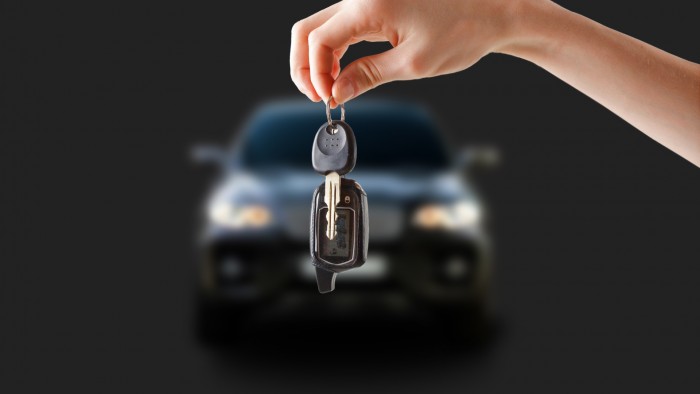 By 2025, nearly half of car owners will be ready to throw away their car keys.

The thought that some people might not want to have a vehicle of their own is a shocking one –particularly to those who love to drive. But that seems to be the next chapter in the evolution of human mobility.

According to a recent Global Automotive Executive Surveyfrom business advisory firm KPMG, people are turning their back on vehicle ownership.

KPMG’s report –a survey of 900 executives and 2,100 consumers from more than 40 countries – calls the very notion of vehicle ownership “ancient thinking.”

Young people have a different outlook on life with different priorities, admits Larry Dominique, president and chief executive officer of PSA North America. His company, which operates five cars brands including Vauxhall and Opel, has re-entered the American market with an eye to becoming a “mobility partner”offering car- and ride-sharing options.

That points to a significant oncoming shift.

“Coupled with the steady rise of alternative transportation options, such as car-sharing and mobility on demand, this is a significant trend that has taken root and will develop further as cars become less of a status symbol and more of a shared utility,”says Hatges.

That shared utility option is already filling the gap created by the “downward spiral”that is vehicle ownership, according to the KPMG.

“Customers have a clear opinion and all they want is a seamless and easy to use mobility solution to travel from A to B,”the report states.

The current North American thinking, according to Dominique, is that consumers buy more than they need. They buy a bigger SUV on the off-chance they have to take their kid’s friend with them to their soccer game. Or they have a pick up truck just in case they need to haul sometime one day. Those rationales don’t exist in Europe, he says.

But if you didn’t own a car –or own a smaller one to commute just to work, for example –you can take advantage of mobility as a service and get the vehicle you need for a specific purpose.

“If you need an SUV for the week because grandma is in town, maybe we can make that happen as your mobility partner,”says Dominique.

For 52 per cent of American respondents to Deloitte’s 2018 Global Automotive Consumer Study, they’re raising questions around whether they actually want to own a car going forward. In a traditionally car-loving country, consumers are moving in a new direction, the study states.

Car sharing is on the rise in urban areas where there is less of a need to own a vehicle full time –32 per cent of respondents said living circumstances was why they won’t own a car seven years from now. Cost, 23 per cent, also scared off respondents. In North America, it was more split, with total costs coming out ahead at 29 per cent, one point ahead of living circumstances.

Part of the issue here is that North American cities and towns are more spread out compared to, say, an Asian city.

That makes the “when”portion of the equation a little muddy. When will people determine the cost of owning a vehicle is higher than a sharing option?

“With global upcoming trends such as an ageing society, importance of health and sustainability, it is still not known whether households will spend relatively the same on mobility or if this amount is likely to decrease in the future, making mobility-sharing solutions become more attractive, also from a TCO [total cost of ownership] perspective,”KPMG says.

It’s all about the money, says Matt Sweeney, Uber’s former head of product at the tech-company’s Advanced Technology Center. If the cost-per-mile to share gets to a level below ownership, that will be the tipping point.

“The cheaper you make it, the more receptive people are going to be. They’re going to get over their anxiety about self-driving vehicles in general because it’s cheaper,”he told Ipsos.

More than half of the executives surveyed believe traditional car companies will be able to offer better car sharing experiences over tech giants from Silicon Valley or other start-ups. Some automakers have already ventured into the area. General Motors launched Maven which allows users book rides through their mobile device. This allows GM to get consumers in its brand of vehicles to build a level of comfort and trust. Volkswagen created MOIA, which is more of a service provider to ease congestion by providing mobility solutions through car-sharing and ride-pooling. Ford has hinted at a vision of developing a network to move people and goods.

“As the automotive industry continues to mature, OEMs will need to continue to develop new capabilities and leverage technology in order to maintain competitiveness and increase shareholder value. Clearly, they understand that, and are driving to a variety of spaces and deploying different models to do so,”say the report’s authors, Omar Hoda, Joseph Vitale, Jr., and Craig A. Giffi, all of Deloitte.

However, they added, the real test will be whether these companies can keep up with the speed of technological development.

KPMG recommends finding out what consumers want, and then building around that.

“Creating communities of people who share the same values may be a better way to serve the same customer archetypes,”the report states. “We invite you to find out who customers today trust the most and what it takes to create innovative and intelligent mobility solutions that fulfill the needs of the mobility customers of the future.”

Granted, car sharing “is still in its infancy”but that doesn’t mean the aftermarket can sit and wait. While car ownership may go down, vehicle usage is anticipated to increase. Instead of vehicles sitting idle for the vast majority of the day, the numbers will be flipped. That means parts needing replacement more often and service procedures required sooner. Shops and jobbers will need to be prepared and ensure stock levels meet demand as these vehicles can’t afford to be on the sidelines for any longer than absolutely necessary.

KPMG also raises the possibility of vehicle ownership adopting a style similar to those that have disrupted other industries.

“Why don’t we apply AirBnB to cars –so called AirCnC –with an individual insurance linked to the customer and not the car?”the report points out. “With executives ranking total cost of ownership as the second reason, we see that this is becoming a stronger focus.”