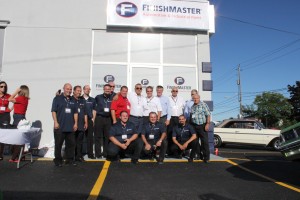 Discovery Auto Color Plus celebrated their inaugural launch as the first Canadian FinishMaster branch in Canada. FinishMaster Canada Inc., is a subsidiary of Uni-Select Inc.

“It’s been a challenging few months but we got it done,” said former owner, Tony Nersesian.  Nersesian, who sold his Scarborough-based operation to FinishMaster in November of 2015, started T.N Discovery in 1995, and with the help of store manager, Garen Ghougamanian they built T.N Discovery up to where it is today. 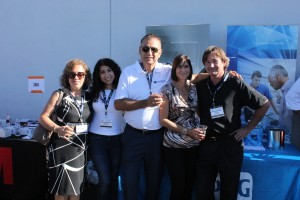 As part of its strategy, FinishMaster Canada Inc., will be opening new FinishMaster stores and converting some of its current corporate stores under the FinishMaster brand, starting with an initial deployment phase in Toronto.

Managed by the Automotive Canada team, supported by a strong national distribution network and utilizing the same brand and format as used by FinishMaster, Inc. in the United States, the Canadian FinishMaster stores will be offering Uni-Select’s complete line-up of well-known premium national brand paint and related products.

“Garen started here when he was 17 and has worked his way up to store manager. He’s like a son to me and together we built this business. We both still sweep the floors,” adds Nersesian. “FinishMaster has a long history and a great reputation and I wanted to slow down and this was a good way to do that,” said Nersesian. 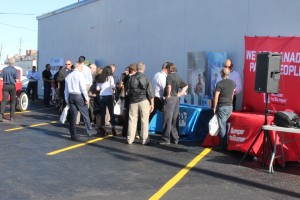 As part of its strategy, FinishMaster Canada Inc., will be opening new FinishMaster stores and converting some of its current corporate stores under the FinishMaster brand, starting with an initial deployment phase in Toronto.

“Possessing a strong foundation in the United States, the FinishMaster brand has earned itself an enviable reputation for its quality, professionalism and expertise. The extension of the FinishMaster model to our current Canadian Paint, Body and Equipment (PBE) program will solidify our position to respond to the collision industry’s growing demand in terms of paint & refinish products and services. The combination of our current automotive jobbers selling PBE and the launch of the FinishMaster model in Canada will enable us to better serve our customers nationally,” said Michel Charbonneau, vice president, Sales and Marketing, PBE Division, Automotive Canada. “The launch of FinishMaster in Canada reaffirms our objective to be the undisputed leader in the automotive refinish industry and preferred distributor in the automotive aftermarket,” said Gary O’Connor, president and chief operating officer of Automotive Canada. 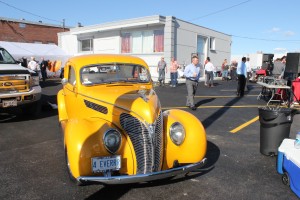 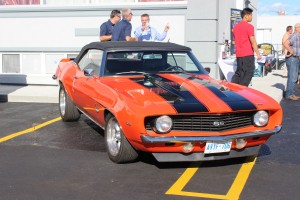 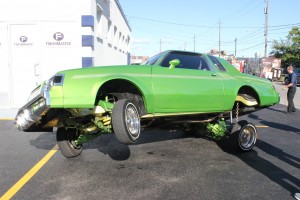 “The launch of the FinishMaster brand in Canada is part of our strategy to extend our North American leadership position in the automotive and industrial refinish space to provide better service to more customers nationally,” adds Henry Buckley, president and chief executive officer of Uni-Select Inc.

Second Picture from the left