The Automotive Parts Manufacturers’ Association said the Ontario government’s plan to put 1.7 million electric or hybrid vehicles on the road by 2024 is doomed to failure.

“We support Ontario’s part in helping Canada reach climate change targets that the world agreed to in Paris,” said Flavio Volpe, president of the Automotive Parts Manufacturers’ Association. “If a main plank in getting there within eight years is almost two million Ontarians to drive electric and zero emissions vehicles, you can’t get there. Automakers don’t build that many.” 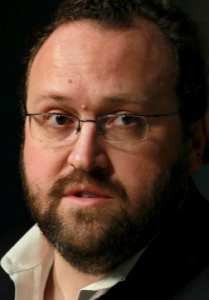 Ontario Environment minister Glen Murray told reporters in Toronto that the province would unveil a sweeping climate change strategy within the next 40 days. He also confirmed a Globe and Mail report which published details of the minister’s draft climate change action plan and measures including a provision calling for an electric or hybrid vehicle in every multi-vehicle driveway in the province by 2024.

The draft plan, according to the Globe, promises to take seven million gas-burning vehicles off the road by 2030 and ensure that by 2050, 80 per cent of residents use public transit, walk or cycle to work. As well, it would cut emissions from buildings by 2030 and ensure most buildings are emissions-free by 2050.

Ontario consumers have not embraced hybrid or electric cars, which make less than one per cent of all vehicles sales, said Dennis DesRosiers, a Toronto-based auto industry analyst.

And although final figures for 2015 are not available yet, “Last year, hybrid sales will fall just under 6,000,” DesRosiers added.

Murray said government subsidies will be required to encourage consumers to make the shift to upgrade their homes and cars. “You need a generous subsidy for the first generation of that change,” he said. “It could be much less in the second and third generation of those vehicles.”

The province currently offers rebates ranging from $8,500 to $13,000 toward the purchase of electric vehicles.

DesRosiers said a scrappage program would have to be aggressive to be effective.

“You have to force them off the road; that’s the only effective way,” he said. “You need to have an aggressive scrappage program and incentives for consumers to buy new vehicles.

“A new vehicle bought today — regardless of size — is at least 20 % more fuel efficient than the vehicle it replaces. That would put a serious dent in greenhouse gas emissions in Ontario.”