10 Most And Least Ticketed Cars 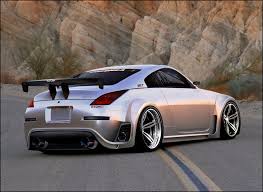 While most of us likely envision a low-slung Ferrari or perhaps even a bright-red Corvette as being proverbial ticket magnets, the car that receives the most moving violations is far more sedate.

That would be the midsize Lexus ES 300, arguably one of the most conservative rides on the road, even by Lexus standards. A full third of all ES owners surveyed admitted being cited for at least one traffic citation. That’s according to a recent survey conducted by the website Insurance.com in Foster City, Calif.

In fact, the only two sports cars are represented among the top 20 moving violators. The list is otherwise populated by a cross-section of cars and trucks from an aggregate of model years coming both mainstream and luxury automakers.

On the other side of the survey, the least-ticketed vehicles are primarily more-upscale models, including sports sedans like the BMW 320i.

Here’s a look at the cars and trucks from recent model years that gather the most and least moving violations based on the responses of 323,349 motorists’ online quote information collected between January 1, 2014 and February 1, 2016. Rankings were calculated on models for which more than 250 quotes were sought to ensure a significant sample size was available.