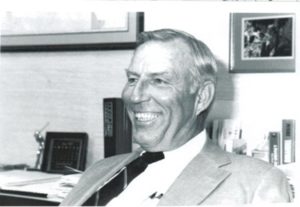 The automotive aftermarket is mourning the loss of industry stalwart Bob Raff. He died Nov. 27 at the age of 82.

Raff was instrumental in creating the Aftermarket Auto Parts Alliance, which operates the Auto Value brand in Canada, as well as being a major part of a number of industry organizations.

He got started in the industry after leaving a teaching and football coaching job at Newport High School and moving to Little Rock, Ark. to become sales manager at Parts Warehouse Inc. and working with a number of independent jobbers. He moved his way up to become president in 1989 when Copeland Hughes retired.

Raff played a key role in the purchase of 555 Inc, a major local competitor and two other companies in Tulsa, Okla.

When the president of All Pro/Bumper to Bumper – PWI’s national group – resigned, Raff stepped in until a successor could be found. After finding an industry leader, he approached Auto Value and the two merged to form The Alliance.

He was also active with the Automotive Warehouse Distributors Association. He served on its board, including time as chairman. In 1994, he was named the AWDA Leader of the Year, the group’s highest award. In 1998, he was given the Diamond Award from the Motor & Equipment Manufacturers Association. That was unique as it was not an award typically given to someone in the aftermarket.

Raff also spent time on the board and as chairman of the University of the Aftermarket and was named chairman emeritus.

He is preceded in death by his wife Margie and is survived by his three children Kim, Courtney and Robert, along with his four grandkids.