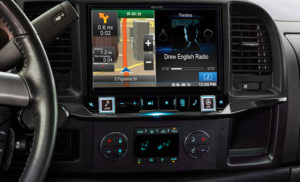 Now in its 10th year, the study measures customer satisfaction with aftermarket in-dash vehicle navigation systems when used as in-vehicle information systems, including music and video player functions and telematics services in addition to search and guidance functions.

Overall satisfaction with aftermarket in-dash vehicle navigation systems increases by 10 points to 543 in 2016. Satisfaction improves in all factors, most notably in navigation function and operation/ user interface, each up 11 points from 2015.

“Manufacturers differentiate aftermarket navigation systems from factory- and dealer-installed navigation systems by providing higher functionality and performance, which results in increased customer satisfaction,” said Atsushi Kawahashi, senior director of the Japan automotive practice at J.D. Power. “However, some customers report problems with their aftermarket systems, suggesting that multifunctionality and complexity may cause difficulties for entry-level users. To attract new customers and retain existing customers, it is important for manufacturers to not only evolve levels of functionality, but also improve usability.”

Key findings of the study include: