How bad fill rates are these days

Fill rates have been cut in half thanks to supply chain challenges, according to the head of one of Canada’s largest parts distributors.

The supply chain has “certainly struggled” to provide a consistent supply of product, he observed. 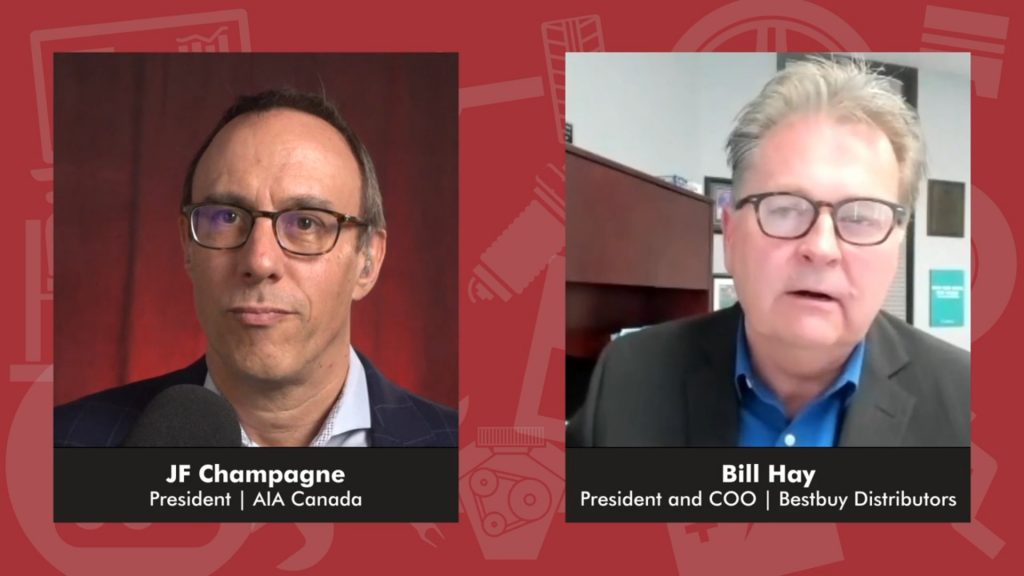 From left, J.F. Champagne of AIA Canada and Bill Hay from Bestbuy Distributors

“Typically, we look for suppliers to be in the mid-90% range in terms of fill on a daily and regular basis. Through COVID — in the last six, eight months in particular — boy, we’ve seen some pretty scary numbers, I would tell you: 40 per cent fill rates, 50 per cent fill rates.”

It’s been a grind for suppliers, Hay said during the keynote session entitled Disruptors, Opportunities and the Future of the Automotive Aftermarket.

“They’ve really struggled. They’ve been struggling getting raw materials. They’ve been hit with COVID outbreaks in their plants and warehouses. They’ve had to shut down for periods of time,” he said.

They’re also being hit by major increases in costs. Hay estimated that the cost of getting a container shipped from overseas was between $2,500-$3,000.

“Today, that same container is $25,000, or even $30,000,” he reported. “I think the good news is COVID is hopefully mostly behind us and the suppliers are catching up. But they’re still struggling.”

The automotive aftermarket was not immune to the challenges that hit many other industries as a result of the COVID-19 pandemic, Hay noted. Many people initially stopped driving. Vehicles were parked in driveways for extended periods of time. That’s never good news for this industry.

“No secret in our business when cars are not moving around, they’re not using parts, they don’t need service. And so that certainly has affected our business opportunity,” Hay said.

That said, the automotive aftermarket was handed some good news as it was deemed an essential service early on. That was a positive, Hay said.