Half of Canadians trust self driving cars 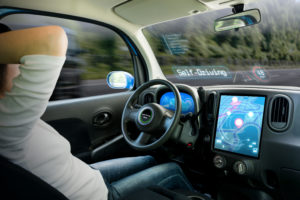 About half of Canadian consumers surveyed say they trust autonomous vehicles to get them to their destination but only 30 per cent would replace their current vehicle with a self-driving car.

Not surprisingly, acceptance of self-driving technology was greatest with younger respondents and those with higher incomes and education levels, says the DesRosiers Automotive Consultants study.

Quebec respondents had the highest level of trust in autonomous vehicles, at 56.8 per cent, following by Ontario (51 per cent) and the Atlantic provinces (50.1 per cent).

Least likely to trust autonomous vehicles were respondents from Manitoba and Saskatchewan (45.1 per cent), Alberta (45.9 per cent) and British Columbia (46.1 per cent).

No fully self-driving vehicles are yet for sale, but autonomous cars with backup drivers are being tested in several states.

DesRosiers’ first survey on this subject was completed the end of February with the receipt of online responses from 4,500 adults across the country. There is no margin of error.