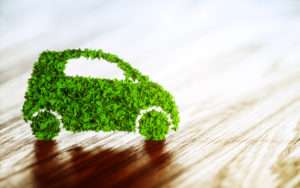 It appears consumers want green vehicles, but don’t want to be restricted to the Toyota Priuses of the world.

Whether hybrid, hydrogen or electric, sales ticked up in 2017, according to car shopping site Edmunds.com. The reason for the boost is thanks to options in the light truck segment.

Green vehicles sales are up 21.5 per cent compared to the first half of 2016, according to Edmunds. Sales of gas SUVs are strong for carmakers, keeping profits up as overall vehicle sales decline. But as choices of green vehicles widen, it appears consumers are jumping into the fray and opting for larger options. This segment makes up 22.5 of the green vehicle market overall, up from just 5.2 per cent in 2012.

“If automakers want car shoppers to adopt green technology, they can’t just offer it exclusively in a little econobox,” said Jessica Caldwell, Edmunds executive director of industry analysis. “While the styling of the iconic Prius used to be trendy, consumers today don’t necessarily want a vehicle whose design screams ‘green car.’ And as tastes have taken a dramatic turn away from passenger cars, and battery technology improves, automakers have an opportunity to drive adoption forward by offering electric powertrains in vehicles shoppers actually want.”

The company’s research also found that one out of every 100 cars sold came with a plug. Plug-ins sales have jumped 45 per cent year-over-year.

However, Edmunds is skeptical of sales trending upwards as federal tax credits expire. These subsidies have provided a boost to the segment, the company said.

Car buying is an emotional decision-making process for many.

“If automakers can hone in on the right products that excite buyers without the carrot of government subsidies, EVs have a much better shot at going mainstream at a quicker pace,” said Caldwell.