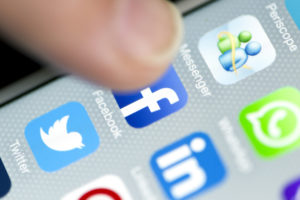 Small businesses are seeing the value in social media. But it doesn’t have to be a time-consuming endeavor, experts say.

More and more small businesses are embracing digital technology, a new survey says. And if your shop is not, experts say you’re missing out.

No longer are small businesses ignoring the digital world, said a report from the Canadian Federation of Independent Business (CFIB). In fact, using social media and other tools online “have become increasingly important in establishing and operating a small business in recent years.”

The vast majority of respondents — 80 per cent — believe that digital technology is important to the success of the business.

“Small businesses have come to understand how essential digital technologies are to their business,” said Corinne Pohlmann, senior vice-president, national affairs and partnerships, at the CFIB. “As a result, more and more of them are adopting these technologies and integrating them into their activities every day.”

She added that the vast majority believe that having a website is “essential to doing business” with more than half saying they have begun to use social media, a 27 per cent jump from five years ago.

“Try to humanize your business … It doesn’t have to be about your shop all the time.”

Facebook usage jumped from just 22 per cent to 54 per cent, Linkedin from 6 per cent to 32 per cent and Twitter from a mere 3 per cent to 22 per cent. That said, 34.5 per cent of respondents said they have not used social media.

The survey found that Facebook is the most-used social media platform for customer-facing businesses, and for good reason.

“It’s a very important platform,” says Jacqui d’Eon of JAd’E Communications Ltd, a marketing firm in Toronto. “Facebook allows them to build a community around themselves.” That community can “get people talking abut common interests” all while keeping the business top of mind.

And the other channels also have advantages, d’Eon pointed out. The aftermarket business, whether it’s a repair shop or a jobber outlet, can be very visual and that plays well into social media, she added.

“Maybe the cleanliness of their waiting room, or they’ve got a wonderful hoist,” she said. “That’s where vehicles like Instagram come into play for them.”

Add in the ease to share videos and photos via Twitter, businesses can build a network through their social media footprint. “You can share across multiple platforms,” she said.

The key is to “try to humanize your business. It might that someone brought in a vintage car or a cool car. It doesn’t have to be about your shop all the time,” d’Eon said. “You don’t have to fear that you’re going to run out of things to say.”

“It’s the same as investing time in having a cup of coffee with your customers or greeting them when they come in the door.”

However, watching over digital properties seems to be a barrier for many. More than 63 per cent of respondents said it was just too time-consuming, making that reason the biggest challenge in adopting. Digital technologies “require constant updating and management, so larger firms tend to use them more than smaller ones as they have the resources to manage the tools properly,” Pohlmann said. “Also, about a third of small businesses found them too costly to adopt.”

Complaining about time is a non-starter, said d’Eon. “It’s the same as investing time in having a cup of coffee with your customers or greeting them when they come in the door.”

Once your platform is set up, you just need to invest a little bit of time each day to make it work. “It can be as simple as 15 minutes to half an hour per day,” d’Eon said. “You just have to put the space in your calendar and dedicate the time to it. It doesn’t have to be all day, everyday.”

The CFIB wants policy makers to make it easier for smaller businesses to get online. The group recommended creating “simple, cost-effective, ‘off-the-shelf’ digital tools for small business.” The CFIB hopes that this would create more encouragement of web design and online sales/purchasing tools for small businesses. It also recommended introducing a ‘digital technology deduction,’ similar to one in the United States. Through this, businesses would be able to claim $100,000 every year on new equipment and technology.