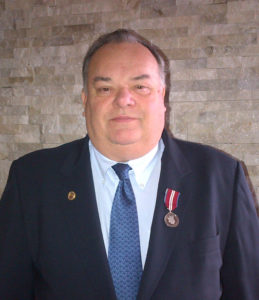 It has been a tough start to the year for the automotive aftermarket in Canada. Another friend and leader of the industry has died.

Dale Devlin died Jan. 21 surrounded by his family. He was the owner of Halton Automotive and Industrial Supply in Milton, Ont., and a former chairman of Bestbuy Distributors.

“It’s a big hit,” said Bestbuy chairman and interim president Douglas Squires. “To me, he was one of the last of the larger than life chairmen of Bestbuy – one of the guys who moulded and shaped Bestbuy into the organization it is today.”

Devlin was part of the Bestbuy family for more than 30 years. He served as a director since 1993 and its chairman from 2010-2015. In 1996, he was named the Jobber of the Year by Jobber News. He also served as director and board treasurer with Automotive Parts Associates from 1998-2001. In 2012, he was a recipient of a Queen Elizabeth II Diamond Jubilee Medal for his extensive community service.

Devlin was known for many things, but at the top of the list was his desire to give back to the community.

“He volunteered with various community groups and different initiatives for charity events. He supported every charity event that ever tapped him on the shoulder,” Van de Sande said. “His heart was massive. He was a very compassionate man. He was always trying to make sure that those who didn’t have what the rest of us have, he would be trying to help them out.”

Dale Devlin in 1996 after being named the Jobber of the Year.

“He was a hugely committed volunteer in many areas,” Squires said. “He had a drive to serve, whether it was Bestbuy, his employees his family or the world in general. He was an impressive man.”

He had three loves – Bestbuy, his business and, most of all, his family. Van de Sande remembered watching in admiration over the affection Devlin had for his kids and grandchildren.

“He was a very proud grandfather,” Van de Sande said, telling a story of when Devlin visited him at his home one day and brought along one of his grandkids. “Seeing the interaction of him and his grandson was just heartwarming. It meant everything to him to be with his grandfather.”

It gave a glimpse into Devlin as the person rather than just the businessman.

“You see him in a different light where he’s a grandfather and it was very heartwarming,” Van de Sande said.

His loss will be felt in the business community as well. Squires explained how Devlin was key to expanding the Bestbuy footprint, establishing the group’s warehouse in Edmonton and helping the company build a greater presence out west.

“He was a true gentleman. He was soft spoken, but a knowledgeable person in the industry. He was one of those people that when he spoke at a board meeting – or any meeting – people would listen to what he had to say because of his obvious commitment and knowledge, understanding and grasp of the multitude of factors that would affect this group,” Squires said.

“He was very astute,” Van de Sande said, noting his close relationships with suppliers in the industry. “He’d been in this business his whole life and it was his passion.”

Devlin was part of the old guard and a connection to the past when the aftermarket operated in perhaps more simpler times. 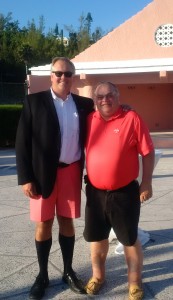 “He may not always agree with what you have to say, and he was always passionate about his position,” Squires said. “However, if he did disagree, he never did it in a way that was mean or derogatory or that made you feel small. He always respected the other person.”

And he always had an opinion that others hadn’t considered.

“’Well, we got to look at it in this light’ or ‘We’ve got to be aware of this,’” Van de Sande recalled Devlin say often in meetings. “He always had that other opinion on what made the right sense or direction to take. A lot of knowledge.”

On a personal level, Devlin’s impact goes even deeper.

“I like to think of [his wife] Mary and his kids as an extended part of my family. I always will,” Van de Sande said.

“I have two speed dials here on my phone – one to his cell phone and one to his office phone. He was somebody I was always reaching out to and using as a sounding board. He was my go-to person for everything,” Squires said. “It’s going to be a real change not to have that ability to, at a moment’s notice, to be able to get words of wisdom and knowledge.

“He was someone you looked up to and admired.”

Have a memory of Dale Devlin that you’d like to share? Let us know in the comments below.


3 Comments » for ‘A drive to serve’: Aftermarket loses Dale Devlin