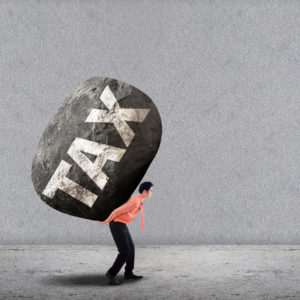 The federal government released more details Wednesday on changes to its controversial tax proposals in hopes of further addressing deep concerns over reforms that have angered the small-business community.

The Liberals unveiled tweaks to a proposal that, as of Jan. 1, would tighten existing rules enabling small-business owners to lower their tax burden by sharing some of their earnings with family members – a practice known as income sprinkling.

The changes are designed to make it more difficult for owners to share their income with relatives who do not make significant contributions to their companies.

“For those that are passing income to family members that aren’t involved in the business, it’s clear that that’s no longer going to be considered appropriate,” said federal Finance Minister Bill Morneau, who insisted the changes would create new hurdles for about 45,000 business owners, less than three per cent of Canada’s total.

The government contends those owners have been using incorporation of their small businesses to gain an unfair tax advantage.

“More than 97 per cent of businesses will have absolutely no change in their situation,” Morneau said.

The reform was among several adjustments the government made to a tax-reform package that, following its release last summer, triggered an onslaught of complaints from doctors, lawyers, accountants, tax experts, farmers, premiers and even some Liberal backbenchers.

Vocal opponents have spent months criticizing the proposals, contending they would hurt the very middle class the Trudeau government claimed to be trying to help.

Earlier Wednesday, the Senate finance committee urged the government to abandon its controversial tax proposals – or at the very least delay their implementation for one year, until 2019.

The committee – five Conservatives, five independents and two Independent Liberals – made the demand after studying the potential impacts of the entire package of proposals. Two senators on the committee, both of whom were appointed by Prime Minister Justin Trudeau, declined to support the call for the whole tax plan to be withdrawn.

“We still have some significant concerns around the complexity.”

The government insisted that Wednesday’s revisions to the income-sprinkling rules contain clear, simple tests – including whether a family member has made a substantial capital investment in the business or meets minimum age and number of hours worked requirements – to determine whether a relative has made a meaningful contribution to the business.

The revisions follow complaints from business groups that the initial plan to apply an undefined “reasonableness test” to determine when income sprinkling would be allowed was too uncertain and would add an unnecessary bookkeeping burden on businesses.

A coalition of industry associations, including a national group representing small and medium-sized businesses, has criticized Ottawa for waiting until a couple of weeks before the end of the year to provide clarity on the tax changes, which will take effect on Jan. 1, 2018.

On Wednesday, political opponents warned the changes will force small business owners to scramble over the holiday period to arrange their affairs. They also criticized Morneau’s decision to release the revisions right before the Christmas break with little chance for proper debate.

Tory MP Pierre Poilievre called the announcement a “complicated web of rules” that would burden small business owners and could cost the government more in lawyers fees than it will bring in.

But Morneau said owners will have all of next year to adjust to the changes before having to file their 2018 tax returns.

One tax expert says people who are not exempt from the new rules will still face subjective, complicated compliance rules. And because of this, Jan. 1, 2018, will still be a “hard deadline” for them to arrange their affairs.

“We still have some significant concerns around the complexity,” said Bruce Ball, vice-president of tax for the Chartered Professional Accountants of Canada.

The political and business-sector backlash over Morneau’s suite of tax proposals has dogged the finance minister for months. Wednesday’s Senate recommendations added to the pressure.

The criticism has forced Morneau to back away from some elements of the package.

In hope of soothing its critics, the government announced in October it would abandon an element of the income-sprinkling proposal that would have limited access to the lifetime capital gains exemption. Morneau said he made the change to avoid unintended negative impacts on the intergenerational transfer of family businesses, like farms.

He also narrowed the scope of his proposal on passive-investment income – what some believe is the most contentious piece of the government’s tax-reform plan – so that only about three per cent of the most wealthy private corporations will have to pay higher taxes.

Morneau said the goal of the change was to enable small business owners to sock away money inside their corporations for future business-related needs, while still targeting wealthy people who use their corporate structures purely as a way to reduce their taxes. The government is to release draft legislation on this element as part of next year’s budget.

Morneau also dropped altogether a proposal related to converting income into capital gains, which had raised concerns, particularly among those in the agricultural community, that it would become too costly to pass family businesses on to the next generation.

After last fall’s outcry, the government also announced it would revive a 2015 campaign promise to cut taxes for all small businesses. Trudeau promised to gradually trim the small-business tax rate to nine per cent by 2019, down from its current level of 10.5 per cent.