Putting the brakes on injuries

Part 3 of 7 in an exclusive series

This is the third in a series of article on changing vehicle technologies – exclusive to the AutoServiceWorld Knowledge Centre. Award-winning tech writer Jeff Taylor offers a look at some of the latest innovations in the automotive world, how they work, how they’re evolving, and what they mean to the aftermarket.

Autonomous Emergency Braking systems are designed to help avoid collisions when human drivers are just too slow to react to dangerous situations on the road.

A number of recent studies have shown that nearly 50% of all rear-end collisions occur without the application of any braking function in the trailing vehicle. That means there was no attempt prior to the collision to slow the vehicle down at all.

In 70% of the collisions, there was insufficient braking force applied to the trailing vehicle to bring it to a complete stop.

It’s fair to say that we’ve found a significant weakness in human drivers. Their reaction time is too often slow – and sometimes non-existent – to avoid collisions!

It is this weakness that Autonomous Emergency Braking (AEB) systems were designed to eliminate. 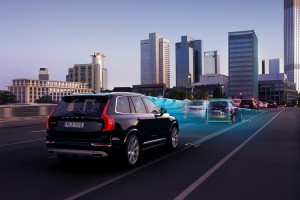 The first AEB system was introduced on the 2010 Volvo XC60, and the information garnered from it (and others since then) showed that AEB-equipped vehicles can reduce accident rates by as much as 35%.

Vehicle manufacturers and governments were so taken by the results that by 2022, 99% of all the vehicles sold in the U.S. will come standard with some form of AEB. The cost added per vehicle is not substantial – $250 to $400 per vehicle. It will typically be coupled with the active cruise control system or lane departure warning system, so it’s a relatively easy upgrade for the manufacturers.

A number of headway sensors are used to gather information about what’s in front of the vehicle as it’s driven down the road. The headway sensors can include lasers, radar, multimode electronically scanning radar, and high-resolution forward facing cameras. 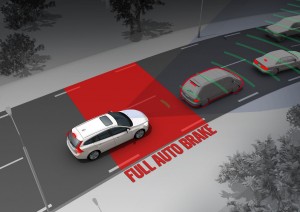 If the driver reacts to the situation by braking or steering safely around the object, great. But if the warning is ignored, the system will automatically apply the brakes to avoid a collision, or lessen the effects of one.

If the vehicle is travelling at a high rate of speed, the system will launch a full ABS braking stage for maximum speed reduction. 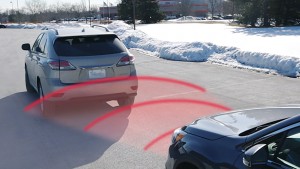 (Forward-Collision Warning (FCW) could be called the AEB’s little brother. It uses the same kind of hardware and software to detect a potential collision and warn the driver about it – but it cannot fully activate the brakes. It will provide the same kind of audible, haptic, and visual warnings, but then it’s up to the driver to avoid the collision.)

When a collision is imminent

Once the AEB unit has decided that a collision is about to happen, it will make a series of decisions based on the data and choose the appropriate strategy to lessen of the collision or avoid it altogether. Depending on the speeds involved, closing rate, type of collision (another vehicle or a pedestrian), and other factors, the AEB can initiate a number of counter-measures.

It can turn off the cruise control, pre-charge the braking system so that full brake power is available to the driver, activate the electric parking brakes (if so equipped), and pre-tension the seatbelts. 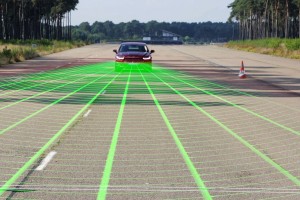 Some high-end vehicles will adjust the passenger seat, adjust the head rests, close the sunroof and put up the windows to increase the driver and passengers’ safety in a collision.

Vehicle manufacturers have very different ideas about what will happen and when during an AEB event.

Some vehicles will go into full panic-stop mode, using ABS if necessary to stop the car. Others will only come to a full stop when the vehicle is under a certain speed (the cut-off speed is somewhere between 30 and 50 km-h). Some apply only a portion of the braking force in order to mitigate damage and injury with less chance of causing it.

In most cases the AEB will disconnect as soon as the driver touches the brake pedal. In most cases, the driver will benefit from the pre-charged pressure or braking force that the AEB launched. The system may also disconnect if the driver signals a lane change.

The specific path to collision avoidance is is very manufacturer specific.

So… how are we going to repair them?

These systems are pretty reliable right now. There are not a lot of concerns about frequent problems. But with AEB becoming standard on most models over the next couple of years, there’s a good chance we’ll start to see some problems arise. 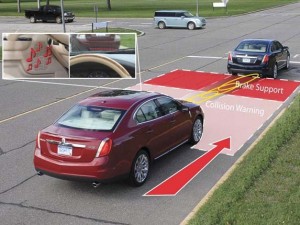 So far, the majority of the issues have been software related. Updates are the prescribed solution.

Volvo and BMW have had issues with false braking… and the sensitivity was adjusted to address it.

Acura has issued a recall to address a false activation and, again, found a software solution.

For the independent aftermarket, diagnostics will require a compatible (or factory) scan tool, and latest service information.

Similar to lane-departure warning systems and active cruise control, there are going to be times when the headway sensors will have to be replaced, reinstalled, or recalibrated. In those cases, proper service information will be absolutely key to success.

The optical and laser headway sensors will and can get dirty – which will cause obvious issues. And simple things like bad wiper blades may affect the system’s operational characteristics.

All of the base systems that are involved in AEB operation are going to have to be fully functional for the system to work as designed. That includes the entire braking system, brake parts, pads, rotors, and other components. All will have to be working properly for this system to work as designed. Sticky caliper, seized sliders, stuck pins, and poor-quality parts are all going to compromise the integrity of the system. 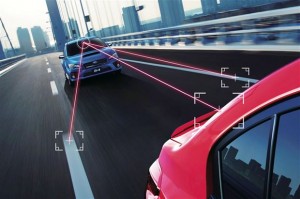 The same will go for the suspension parts and the tires that are in contact with the road. The system was designed to function as a total package and will only be as good as the weakest link.

Most of the questions have answers… but drivers may have to actually spend the time to watch their owner’s DVD or read the owner’s manual to full understand their vehicles operating characteristics. 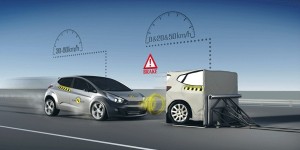 In the aftermarket, we’ll have to be on our game to understand how the systems work and how we can make sure our customers’ vehicles are properly functioning to avoid collisions whenever possible.