THE NEW MOBILITY: In the face of disruption, attitude is everything

Part 3 of 7 in an exclusive series.

This is the third in a new series of Knowledge Centre articles on what is being dubbed as “The New Mobility” – exclusive to the AutoServiceWorld Knowledge Centre. Automotive Consultant James Carter offers a unique look at some of the latest innovations in the automotive world, how they work, how they’re evolving, and what they mean to the aftermarket.

“An utterly disgraceful post, James Carter. Who in their right mind would extol the virtues of a ‘maintenance free’ 1.5 tonne piece of equipment to be operated on public roads at speeds over 100kph?”

A few weeks ago I decided to try a little experiment.

A large parts distributor had posted a couple of pictures on LinkedIn comparing the cylinder head and valve gear of a well-serviced, high-mile motor vs a poorly serviced low-mile motor which had suffered serious sludging issues; and thus extolled the virtues of regular maintenance for engines. Hard to disagree with the logic for a current internal combustion engine, but it occurred to me that this doesn’t necessarily hold true for the future. 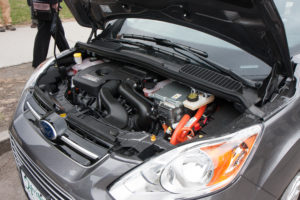 So I shared the post and posed the hypothesis to my LinkedIn followers that if you opened up a poorly maintained, low-mile electric motor vs a well-maintained electric motor, you would see no difference, because electric motors are essentially maintenance free.

What I didn’t suggest was that electric vehicles are maintenance free (as the above reply insinuated). Clearly they aren’t. Tires, suspension, hubs and other chassis parts, as well as anything that opens and shuts, or rotates; will eventually need to be looked at and replaced. However, as most OEMs are suggesting 50% less maintenance than a regular ICE vehicle, I wanted to point this out, and get that message across to the social media audience.

The post touched off a veritable firestorm, with almost three dozen comments, ranging from positive to extremely negative.

Among the more positive comments was one by someone who had regularly worked on electric vehicles:

“I work on BMW I3 and e vehicles. If the shift to electric happens there will be a drastic reduction in the vehicles coming to us.”

Then there was this:

“I would have never listened to you in any case, but by watching the pictures everybody should be even more motivated to perform regular maintenance. As a consultant you are providing deceiving and incorrect information, you should remove this post as soon as possible.”

What really interested me about these and other comments was how people react to the prospect of significant change in their industry. Loosely, I can divide up the responses into three different categories: 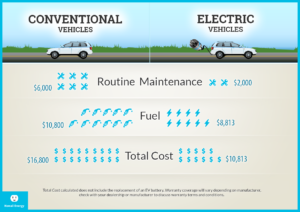 1) A strong understanding of what is potentially coming, an alertness to find and exploit new opportunities that disruption provides; or at minimum, mitigate risk from areas that disruption affects.

2) An understanding that disruption may come, but will either do nothing or take a defensive position.

3) Denial that there will be any change and an aggressive refute of significant disruption on the industry, often by citing wrong information or incorrectly understanding what is written. This is often accompanied by highly personal anger and attacks, rather than a willingness to engage in constructive debate.

It’s the latter two positions that are dangerous in the face of potential disruption.

Case #2 is exactly what happened with Kodak. In the mid 1990s, the Kodak board ordered one of their teams to indentify, quantify and add timing to any potential disruption they saw coming. Quite correctly, the team identified digital cameras as a huge threat to their film business, and also correctly identified that it would take about 10 years to come to fruition.

So what did Kodak do? The answer is essentially nothing. Despite owning the most patents on digital imaging technology of any company in the world, they went bankrupt because of the new technology.

Perhaps this attitude is best summarised by Nokia CEO Stephen Elop as the company was sold to Microsoft: “We didn’t do anything wrong, but somehow, we lost.”

Case #3 is familiar to many of us – denial that change is coming, followed by blame placed on anything but a simple failure to recognize danger and act accordingly. “Five hundred dollars? Fully subsidized? With a plan? I said that is the most expensive phone in the world …(and) it doesn’t have a keyboard!” said Steve Ballmer, former CEO of Microsoft, in response to the launch of the original iPhone in 2007. 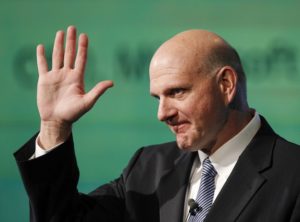 Steve Ballmer, then CEO of Microsoft, did not think the iPhone would last when it was first introduced. He later acknowledged that he misread the market.

Microsoft completely missed the idea of the phone as an app platform and consequently bypassed many of the initial opportunities in mobile, allowing companies like Google and Apple to quickly surpass them.

I am not suggesting electric vehicles are maintenance free. But I am suggesting that there’s going to be a significant reduction in required maintenance and that the aftermarket (and dealers) are about to be very significantly affected. I’m also suggesting that one of the future keys for success is alertness and attitude. Even if you don’t believe my opinion about the future of autonomous and electric vehicles, if businesses remain alert and understand the potential impacts of disruptors, then, in my mind, this is great news.

Perhaps it is this comment that I thought best captures the spirit as a way to move forward:

“Let’s be part of the solution… .and do something about the problems (rather) than coming up with more objections, while just sitting around.”

But there is a big issue with this statement – it’s the identification of “problems”. The one really important thing about industry disruption is that it also brings very significant opportunity, especially to first movers. And it is “opportunity” rather than “problems” that really successful business men and women concern themselves with.

As an industry, it is time to make a decision. Will we deny disruption or simply not act, and get smacked down? Or will we remain alert and reach for where the opportunities take us?

It is this thinking that will determine the success or failure of the automotive aftermarket over the next 15 years of change.