Keeping it between the lines

Part 1 of 7 in an exclusive series

This is the first in a series of article on changing vehicle technologies – exclusive to the AutoServiceWorld Knowledge Centre. Award-winning tech writer Jeff Taylor offers a look at some of the latest innovations in the automotive world, how they work, how they’re evolving, and what they mean to the aftermarket.

Lane-departure warning systems offer a solution to run-off-road accidents… but they’re also a key step in the development of self-driving cars.

Driving on a highway and staying in the correct lane is a relatively simple task, but with the extra distractions of today’s lifestyle, keeping the vehicle pointed in the intended direction can’t always be taken for granted. 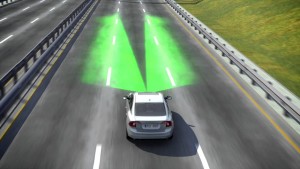 The government has been concerned enough to install shoulder rumble strips in many locations to alert us when we’re driving off the road. These milled grooves into the pavement on the outside edge surface trigger a vibration and sound that alerts the driver that is drowsy or distracted that they are leaving their lane.

Lane departure is a real problem. A run-off-road (ROR) single-vehicle crash is considered the foremost cause of vehicle accidents and fatalities. Of all fatal crashes in the U.S. in 2013, 55.6% involved an ROR incident. 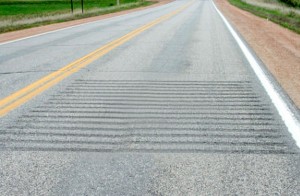 The main cause of an ROR is not always easy to pinpoint. There are countless factors to consider. Among them: driver error, speeding, aggressive driving, high mental workload, fatigue, micro-sleeps, and decreased attention caused by all those communication devices. The rumble strip works but it has drawbacks. First of all, it can only go on roadways where there is enough shoulder room. And where they are installed, the abrupt noise and vehicle vibration they cause can lead to a sudden overcorrection – with dangerous results, especially at highway speeds. 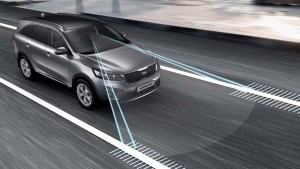 The “In-Vehicle Lane Departure System” (LDWS) is an alternative to the rumble strip. This system tracks the vehicle’s course and location relative to the lane boundaries and issues a visual, acoustic, and or haptic (vibration or feedback) to warn the driver that the vehicle is departing the lane.

The “Lane Keep Assist System” (LKAS) is the younger brother of LDWS system, this system takes the LDWS a few steps farther. If you’re talking about one system (LDWS) you have to include the other (LKAS) because they literally work hand-in-hand now on many vehicles.

The most common method used for LDWS incorporates a forward-facing windshield-mounted camera, near the rear-view mirror. The Bosch system uses a highly dynamic CMOS (complementary metal oxide semiconductor) color imager with a resolution of 1280 x 960 pixels. This camera films or takes photos (system dependant) of the road ahead and sends the viewed image to a processing unit that digitizes the image of the road markings on the pavement (dashes or straight lines) ahead of the vehicle. It’s this digitized information that the processor uses in a complex algorithm to perform its calculation. It figures out where the vehicle’s centre line is in relation to the lines or line on the road. 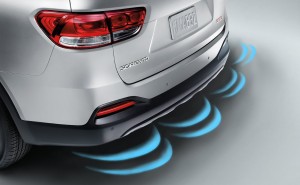 There are LDWS systems that incorporate lasers and infrared sensors but they’re less popular. And some manufacturers (such as Nissan) also use a rear-facing camera to watch lane markings behind the vehicle on some models to fine tune and verify the front camera’s information. These systems both need to take vehicle speed into consideration for accurate warning times (the faster the vehicle is traveling, the faster the warning has to be given) so a direct link to the PCM (Powertrain Control Module) will usually be done via a CAN (Controller Area Network) connection.

The LDWS processor assumes that the driver wants to keep the vehicle centered between the lines so when it sees that the vehicle is approaching or reaches a lane marker (the results of those algorithm calculations) the driver will get a warning (more on this in a bit). If the driver has the turn signal activated for a lane change or other maneuver the system recognizes this and disables the LDWS alert system. 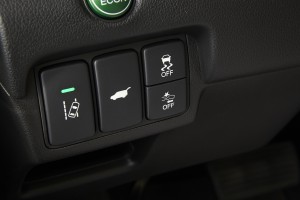 Warning the driver
Manufacturers differ in the way they warn drivers that they’re leaving their lane but there are similarities. 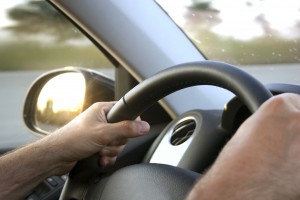 There is a designated SAE specification for Road/Lane Departure Warning Systems: Information for the Human Interface (SAE J2808). This lane departure warning will be twofold: a visual alert and either some form of distinct tone, vibration in the steering wheel or a seat vibration to alert the driver that they’re leaving their lane. The visual warning may be a warning light, a heads-up display (HUD) light or some form of visual lines/lane display on the dash unit. The second alert on most vehicles is going to be a warning tone or some form of beep. Most Asian cars will make some form of tone, but Fords and many German cars will give the steering wheel a vibration eerily similar to the sensation of rumble strips. Toyota applies a small counter-steering force to the steering wheel. 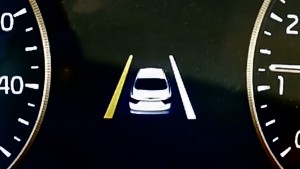 The personalized vibration method of getting just the driver’s attention seems to be favored by most drivers. The reason: the loud warning tone tells everyone in the vehicle that the driver just made a mistake possibly leading to passenger complaints and this has a tendency to cause the driver to turn off the system. All LDWS will have some form of on-off switch but some models may always revert back to the on position after an ignition cycle.

The Limitations
These systems are designed for highway travel and they typically shut off when the vehicle is going below 60 km-h (vehicle specific). It isn’t meant to be used around town yet. 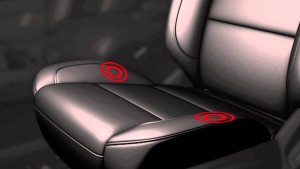 Because the majority of the LDWS/LKAS systems use a forward facing camera, it will have the same visibility issues that the driver has. They work well at night but snow, rain and fog and other road conditions will influence the system’s ability to work properly. The base LDWS/LKAS operating system needs to recognize the lines that are painted on the road, so if the road is snow covered, there are no lines, worn out lines on the road or there are shifted lanes and construction, the system will shut off and alert the driver that the system is no longer active. The effects of rain on the windshield may limit the cameras ability as well. Single lane markings are also tricky but most systems are smart enough to recognize only one painted road line and use that.

So how is this going to affect the automotive repair industry? 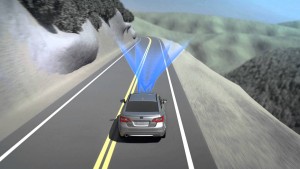 Like all changes in automotive technology, there’s going to be a need for training, scan tools, and information that allow techs to access, repair, and replace parts. The simple windshield repair or steering rack may now involve the recalibration of sensors and cameras for these LDWS/LKAS systems to function properly.
Are the modules that are being replaced going to need to be reflashed and paired to the vehicle to operate properly? This is something the aftermarket parts suppliers should know before they send out a module that may be returned because the shop may not be able to make it work as designed after installation.

Where is this going?
The self-driving car is constantly in the news these days. Lane-departure technology is another step in that direction. 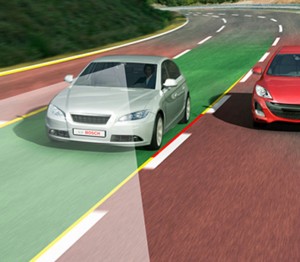 The LDWS/LKAS as designed so far will not take control of the car or truck, the driver always has the last say in vehicle control. But if it gives the driver a few seconds of additional reaction time to correct a mistake and prevent an avoidable situation, it is already saving lives. It will be modified and perfected.

This particular safety system has not been well received by the driving public. The biggest complaint has been the false alarms and audible warning system. There have also been complaints of false alarms during lane changes, but that means the driver didn’t properly signal their lane change (something we all dislike) because the system knows when the signal is on and is anticipating a lane change on the cameras output.

Hyundai addresses the audible alert with an on-off switch but so far it’s only available in their high-end Genesis. The alarms and methods that the driver is alerted will be changed and adjusted to better suit the conditions. This may prevent the system from being turned off because the driver doesn’t want the warning tone to alert their passengers.

If this system does become mandatory — the way that electronic stability control has and back-up cameras will be in 2018 — it will bring huge benefits to commuters.  The increase in signalled lane changes alone will be a game-changer.