Executives focus on the future Futurist Nikolas Badminton was the keynote speaker at the AIA’s Aftermarket Conference for Executives in Toronto on April 26.

It was all about the future at the Aftermarket Conference for Executives.

Vancouver-based Badminton predicted that electric cars and autonomous vehicles will have a tremendous impact on the aftermarket.

If nothing else, the dramatic reduction in moving engine parts will rewrite the rules of automotive maintenance and repair.

“Wear-and-tear parts are a huge part of the aftermarket,” he said. “But this landscape is going to be changed in the future.”

He referenced a recent study by the Union Bank of Switzerland on the total cost of ownership of an electric vehicle versus an equivalent combustion engine vehicle. In a detailed analysis of the components of a Chevy Bolt and a Volkswagen Golf, UBS suggested the aftersales revenue pool will drop by 60% or $400 per vehicle per year.

The conclusion is based partly on the fact that the Bolt has only 24 moving parts, compared to the Golf’s 149. Factoring in wear parts, the difference extends to just 35 for the Bolt but 167 for the Golf.

The result of more efficient vehicle powerplants and autonomous driving capabilities could lead to more than half a million job losses in Canada, he said.

“That’s the industry you’re in,” Badminton said. “A new world is coming, and you have to be ready for it.”

New opportunities will emerge, he added, like converting classic cars into EVs, but he sees massive social and industrial realignment coming.

“We’ll be a high-tech society. This world will work completely differently. Life and mobility will be completely reimagined,” he said. “Welcome to the future. I think it’s going to be exciting”

Francis discussed the similarities between Canada and the United States, highlighting that a physical border doesn’t create a line between cultures and way of thinking. Author Diane Francis talked about the close relationship between Canad and the U.S.

“We’re kin,” Francis said, as she showed a picture of the Peace Arch Border Crossing that separates British Columbia and the state of Washington and highlighted that we share similar values and beliefs like gun control, capital punishment and marijuana legalization. But, “they don’t get what they want because their politics don’t work as well as ours do.”

Francis pushed for greater economic integration between Canada and the U.S.  “Because of the challenges we face, because some things can only be solved together and because why not exploit what we already share and like about each other.”

She also speculated on NAFTA, saying her guess was they the steel tariff exemption will continue until 2019 with an agreement in place to cover all countries as both the U.S., and Mexico head into elections.

Paul Prochilo of Simplicity Car Care gave the first TEDx-style talked and looked at the challenges – or, as he called them, opportunities – facing the aftermarket.

Whether it was changing customer demands or a shortage of talent, Prochilo said these were instead opportunities for the aftermarket. For example, customers who don’t want to be boxed into a shop’s open hours of 8 a.m. to 5 p.m. may not be as concerned about how much they’re going to pay for repairs and service, creating an opportunity to de-commoditize.

“It doesn’t have to be price drive – it should be price sensitive – but price is not the only rule of engagement anymore,” he explained.

The second TEDx-style talk came from Dave Fifield who explained how Wakefield Canada started thinking about their customer when they developed Think Tank – a device that communicated between shop and supplier on oil levels and delivered product as needed. (See more on this here.)

“With this particular program, not only do we enhance our efficiency but we’re able to manage our supply chain more effectively and our customer satisfaction levels go up significantly. It is of significant benefit if you’re operating a shop or you’re moving a lot of oil to not have to get on the phone, figure out what you need and when you’ll need it. That’s all been taken away from the customer.” Paul Prochilo delivered a TEDx-style talk at the AIA’s ACE event, where he noted many of the challenges facing the industry can be opportunities.

Ray Proulx, business development manager at KYB, discussed a project to completely re-envision a new eCatalogue for the company in the third TEDx-style discussion. It was designed to include 360-degree images so technicians could verify the part they needed. It also has the ability to be updated in real time.

“One of the biggest challenges we face in this industry is the ability to deliver information in real time. It is data that will help our customers do their jobs,” he said. “We have to make sure everyone in the chain has a thorough understanding of the products they’re actually selling. Vehicle technologies are changing every day.”

Entrepreneur Hyatt closed out the conference with a look at how incremental improvements can have a huge cumulative effect on a company. He suggested that big changes tend to be over-valued in the business world.

“It’s much better to aggregate a number of marginal gains over the course of a year,” he said. “You’ll find huge improvements in performance by concentrating on many small gains rather than a few big ones.”

He gave many examples of companies that have made small corrective steps to capture tremendous market advantages. 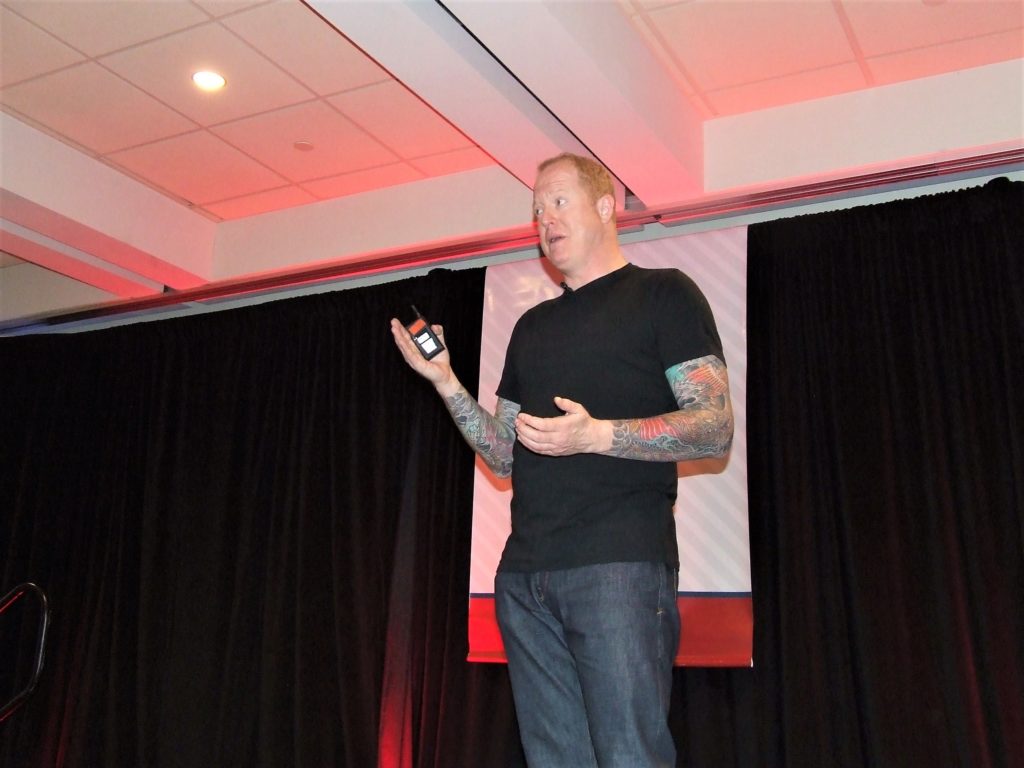 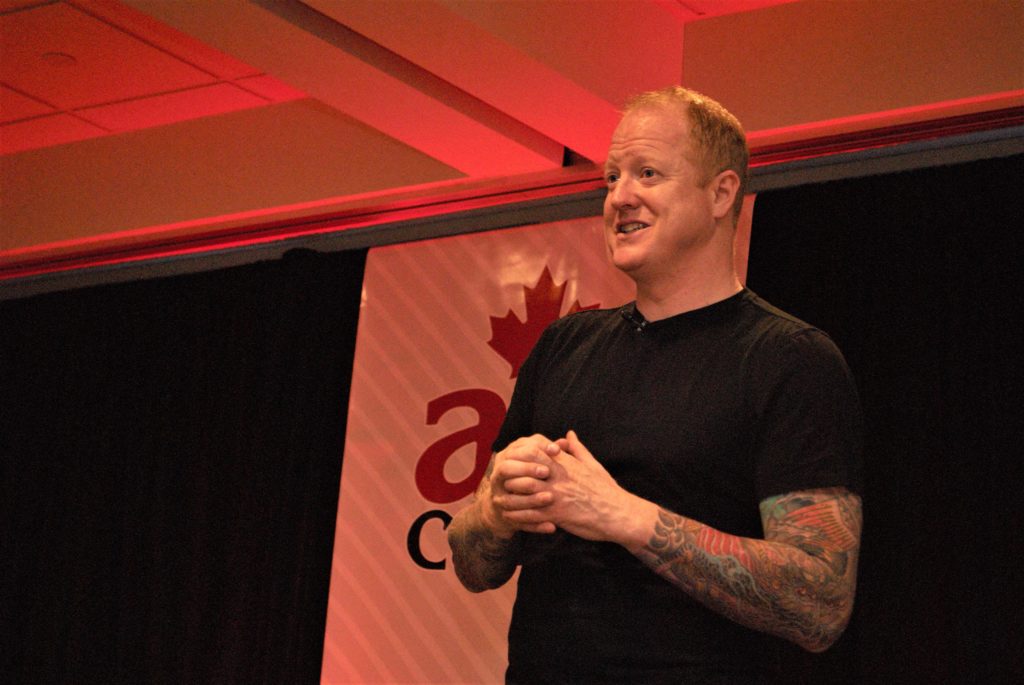 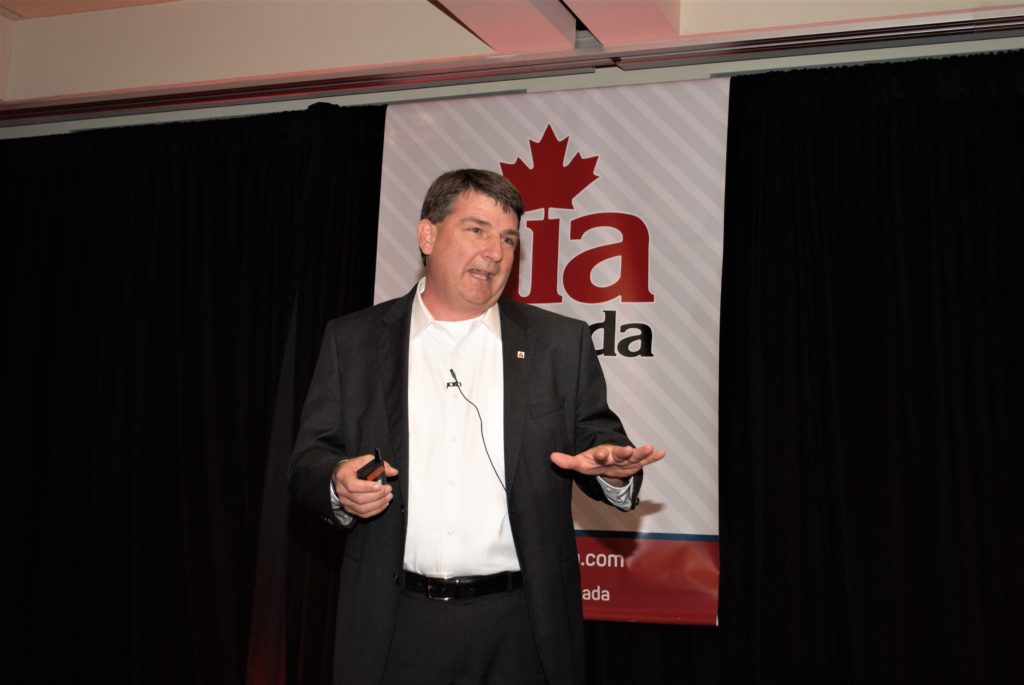 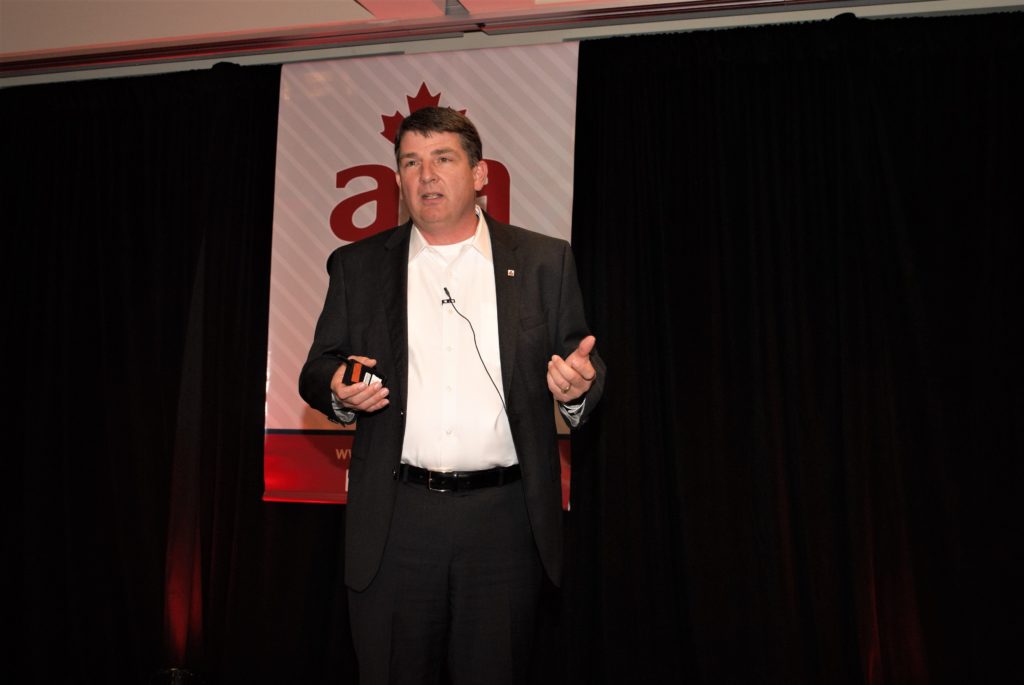 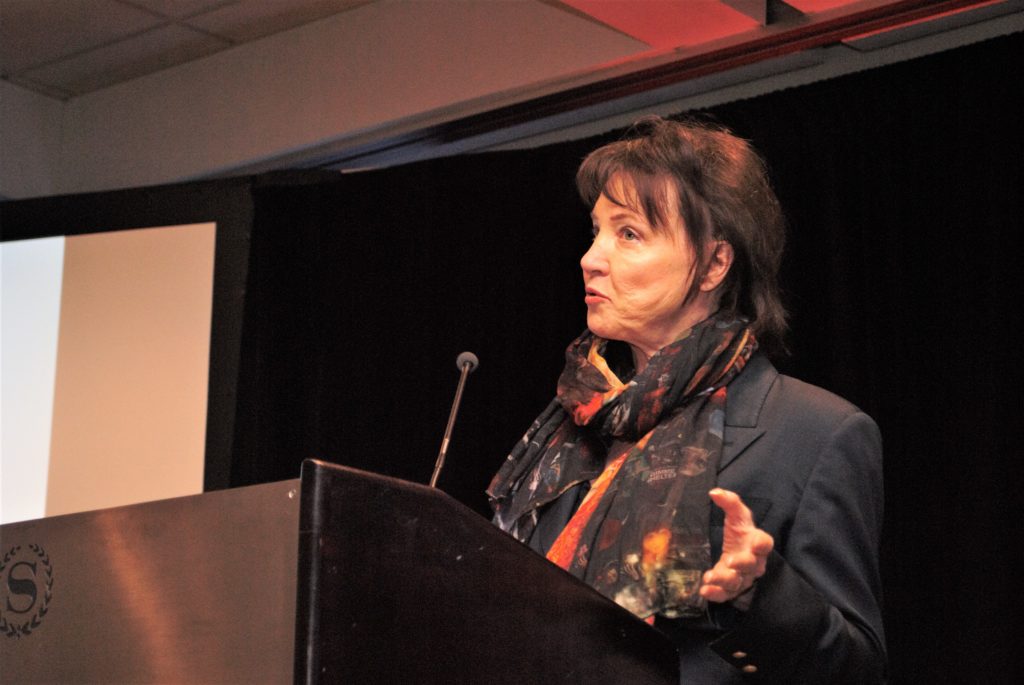 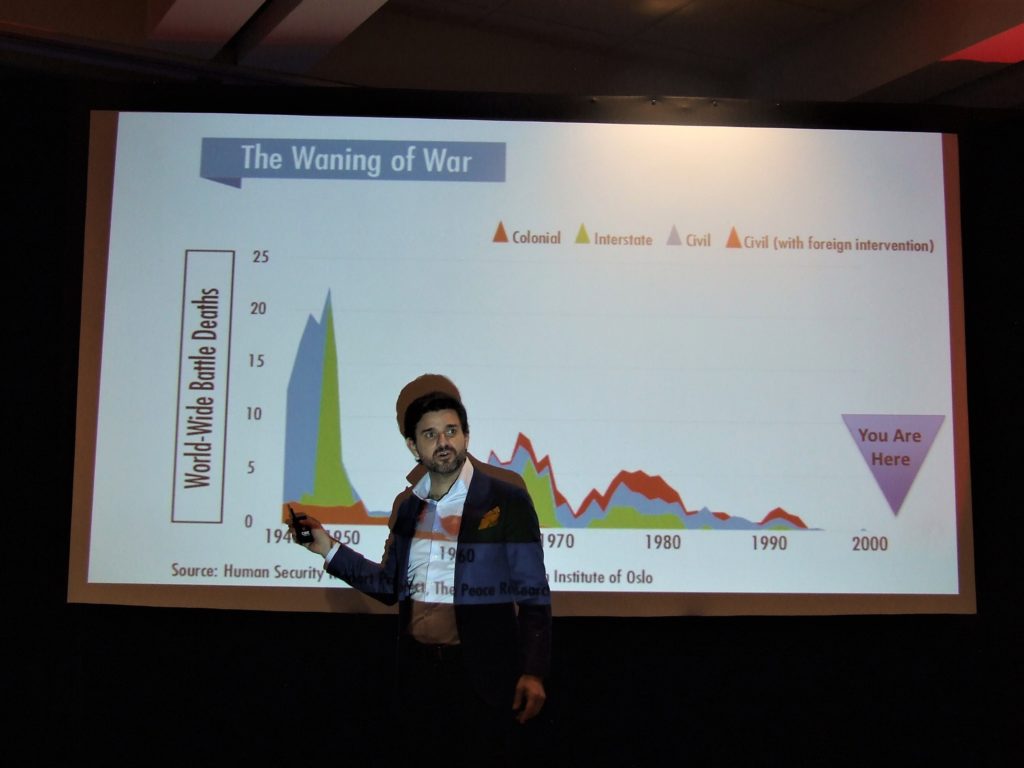 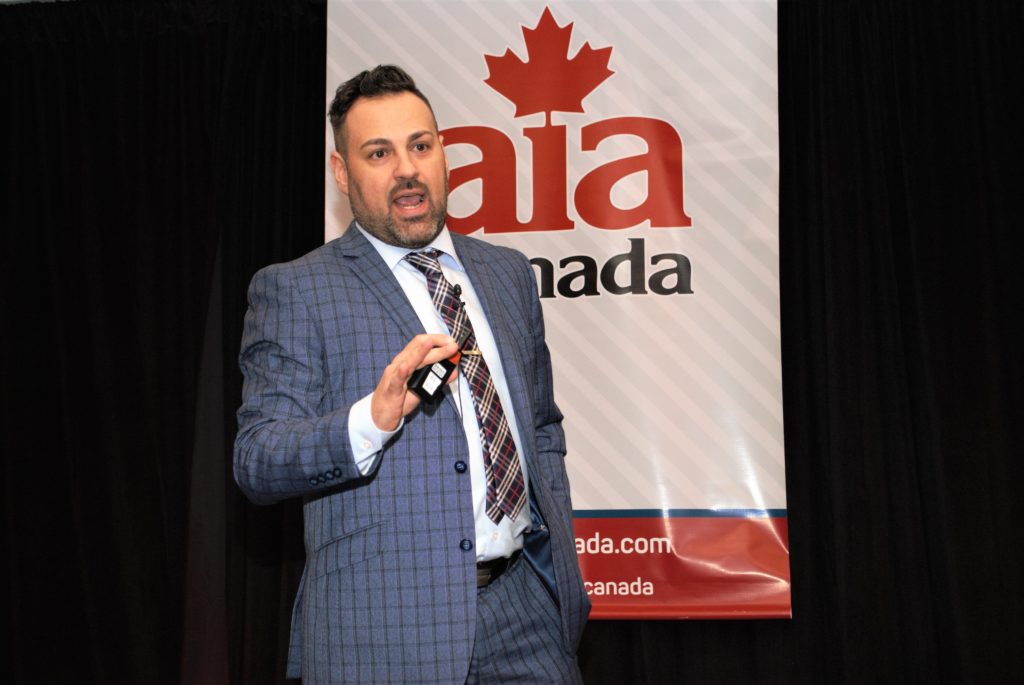 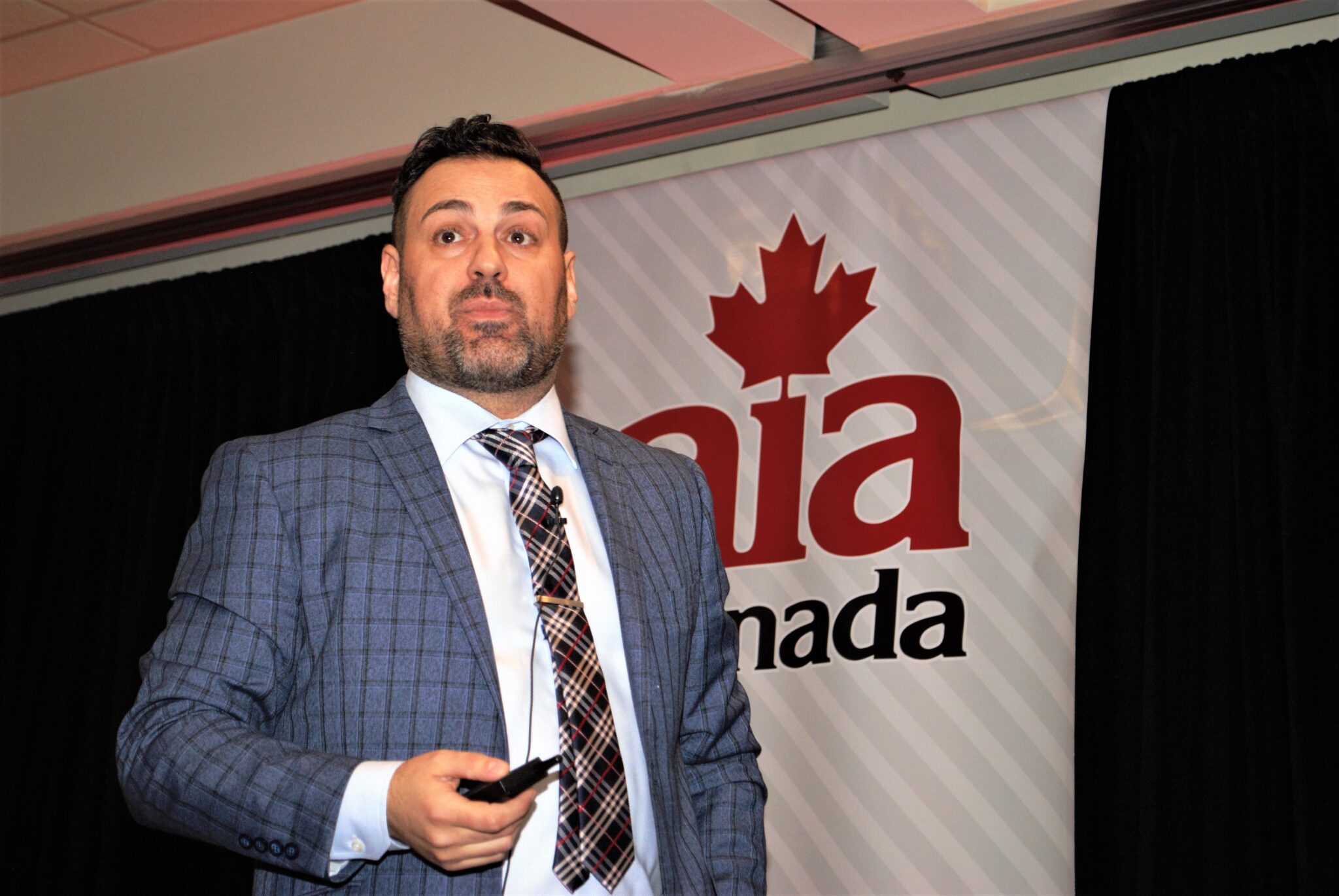 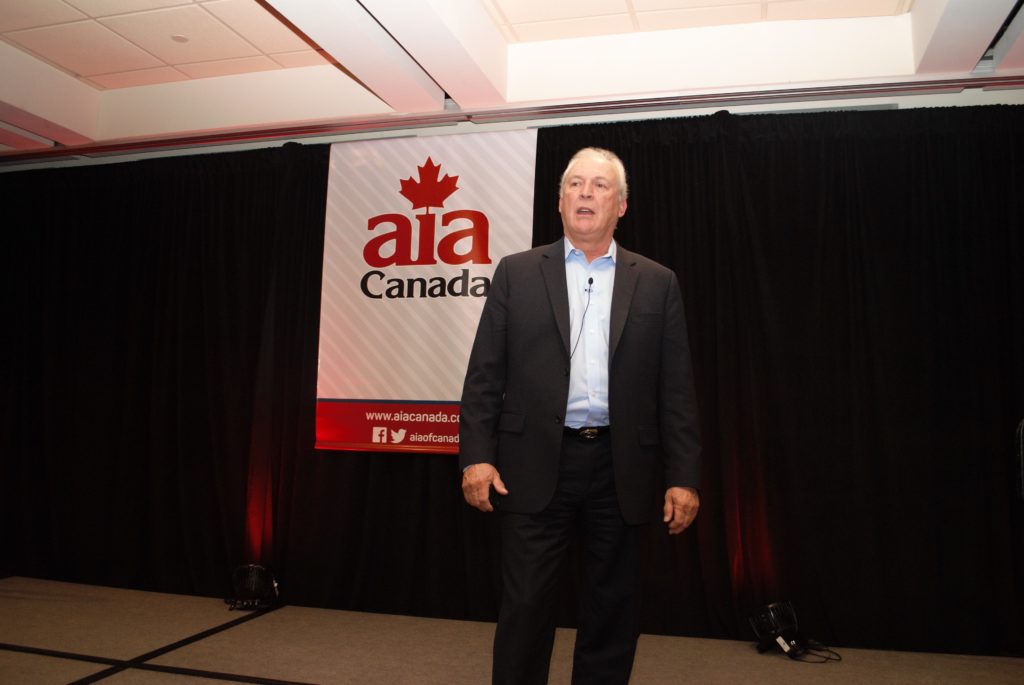