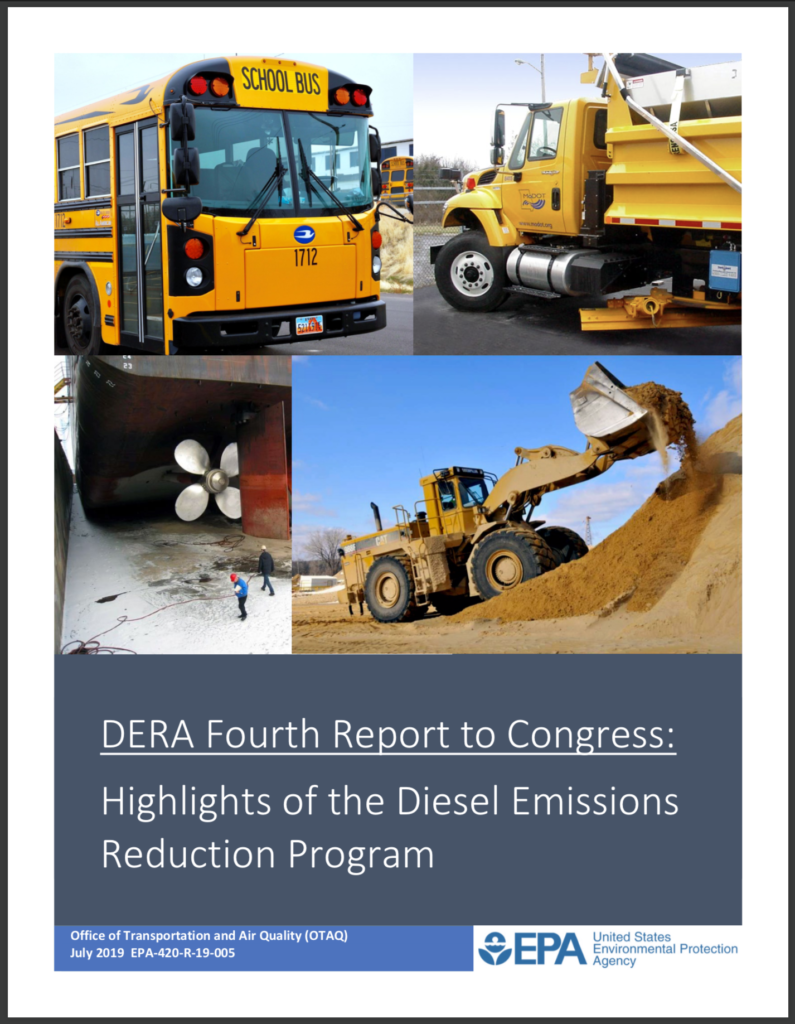 The U.S. Environmental Protection Agency (EPA) is heralding the clean air benefits and fuel savings of updating that country’s fleet of diesel-powered engines since 2008.

According to a recently released report, some 67,300 older diesel-powered engines have been upgraded or replaced thanks to funding provided by the Diesel Emission Reduction Act (DERA).

The report – DERA Fourth Report to Congress: Highlights of the Diesel Emissions Reduction Program – 472,700 tons of nitrogen oxides (NOx), 15,490 tons of particulate matter (PM), and 5.1 million tons of carbon dioxide (CO2) were reduced – and 454 million gallons of fuel were saved – between 2008 and 2016, due to the replacement or upgrading of older diesel engines with newer, cleaner technologies. These reductions resulting in $19 billion in public environmental benefits – for only $629 million invested by Congress.

“The DERA clean diesel retrofit program continues to be one the nation’s most successful federally funded programs. It’s a rare example of a program that actually works, delivering substantial, tangible benefits to American citizens: fuel savings and cleaner air in all 50 states,” said Allen Schaeffer, executive director of the Diesel Technology Forum. “You’d be hard-pressed to find another environmental program that has enjoyed such bipartisan support or that has been as cost-effective while bringing innovative clean air and public health benefits to communities across the country.”

Schaeffer said most of the benefits have occurred through replacing, repowering or retrofitting older generations of technology with the newest generation of clean diesel power, which virtually eliminates PM and NOx emissions.

“DERA has funded a wide range of projects such as upgrading school buses and repowering locomotives, passenger ferries and construction machines, all to operate with substantially lower emissions in communities in which they serve,” he said. “Thanks to retrofitting these heavy-emitting, older vehicles and equipment with the newest, cleanest diesel technologies, the DERA program has had enormous success, greatly improving air quality in regions surrounding ports and other goods movement centers.”