Emissions review expected to be announced by Trump 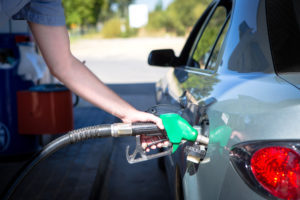 United States President Donald Trump is expected to revive a review of fuel efficiency rules, according to news agency Reuters.

An announcement will take place March 15  at an event with U.S. automaker chief executives in a Detroit suburb, Reuters reported. The Obama administration moved to lock 2022 through 2025 vehicle emissions rules in its final days, something automakers have been pushing to be reversed, saying they need more flexibility.

The Environmental Protection Agency had until April of next year to determine if the standards were feasible through a “midterm review.” Trump is expected to announce a decision to restart that review.

Chief executives from General Motors, Fiat Chrysler and Ford are also expected to be joined by officials from German and Japanese automakers at the event. The companies have argued that the rules — which would raise fuel efficiency to 54.5 miles per gallon by 2025, up from 27.5 in 2010 — will be too expensive. Despite the fact that motorists would save $1.7 trillion over the life of their vehicles, the initiative would cost the auto industry about $200 billion over 13 years, according to Reuters.

However, the EPA said in July 2016 that it estimated vehicles would reach less than 53 mpg by the deadline due to increased sales of SUVs rather than cars.

Environmentalists have threatened to sue if the government weakens standards.