Electric car makers taking a blow with lack of lithium 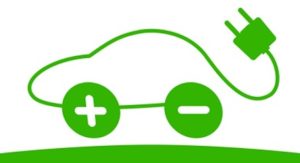 The production of electrical vehicles is at risk of hitting a standstill because of a lack of lithium supplies.

Electrical vehicle manufacturers did not predict that the higher demand in lithium would cause a problem this early in the process. By the year 2020, the use of electrical vehicles will grow to almost three per cent with around a 10 per cent increase by 2025, according to financial services firm Morgan Stanley.

Lithium is key in the making of rechargeable batteries for electric vehicles. Over the past few years lithium has been in higher demand and that will continue to grow with no increase in sight for lithium supplies. This could turn into a big problem for the pace of EV production, said a recent report.

With higher demand in the market, many lithium companies are seeing their share prices rising significantly with more demand for new resources. This could slow down the market even more so and serious strain on EV car makers.

Market watchers predict that the massive increase in demand brought on by automakers, power storage systems and new applications will create a potential significant shortfall by 2020, according to USA News Group.