EDITORIAL: Our next generation of techs

To avoid a human resources nightmare, we should be signing up new apprentices like never before. 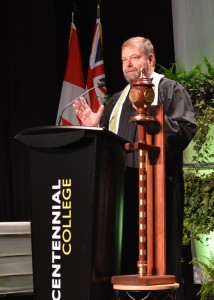 Toronto’s Centennial College named Malcolm Sissmore as its alumnus of the year for 2015.

And while I don’t personally know all of the alumni from this particular college, I dare say they couldn’t have picked a better person.

Malcolm attended Centennial in the early 1980s to learn about engines, but he quickly broadened his horizons because he had a head for business. Over the years, he offered his considerable technical and marketing talents to a variety of aftermarket companies, until he arrived at Delphi, one of North America’s largest automotive parts, equipment, and services companies. He’s now the vice president for Canada, with special emphasis on the company’s telematics and interconnectivity strategy.

At the convocation ceremony last year, he spoke off the cuff to some 3,000 students, extolling the virtues of skilled trades and stressing the importance of having passion for your work. It’s what makes you stand out from the crowd, he told the graduates.

“If you show passion for what you’re doing, you will go places, I guarantee it,” he told them.

Cleary Malcolm believes in trades schools. They’re a big part of an automotive education, offering both theoretical and practical training that make for a well-rounded technician. They also offer a wealth of ‘soft skills’ that make a good employee. On top of all that, they’re the perfect training ground for today’s automotive-minded young people.

Above all, they’re a solution for our coming human resources nightmare: the difficulty of finding good technicians. More students in trade schools means more apprenticeships, which means more techs in the pipeline for our industry.

It’s true that you’re not always going to find that perfect candidate who will apprentice for five years and then become a 20-year employee. These kids are finding their way. Not all of them are suited to life in the bay. Some of them are going to quit on you, or not perform up to par, or not have the life skills or discipline to thrive in a work environment.

Find an eager young person with a mind for motors, get them enrolled in an apprenticeship system that will give them the basics they need to perform for you. And then work with them to bring them up-to-speed on today’s high-tech vehicles.

We’ve seen how important modern creature comforts are becoming in today’s cars. If the trend holds – and there’s no reason it shouldn’t – people will be more interested than ever in making sure their cars are fully functioning and performing to manufacturer specs.

“The skills our technicians possess are incredibly valuable,” says Sissmore. “And they’re only going to get more valuable as engines become more complex and repair knowledge is concentrated in the heads and hands of the most elite technicians.”

If you want to make sure you have elite technicians in your bays five years from now, you need to start building your team now.

Apprenticeships are step one, not just for those young people you’ll be hiring, but for the future success of your business.