Difference between saying and doing when recall notice arrives 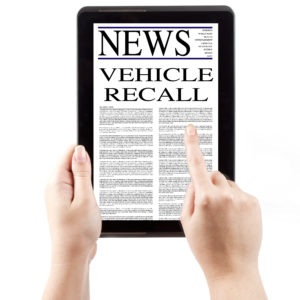 The next time a customer claims that they’ve answered a recall notice from their vehicle manufacturer, take it with a grain of salt.

A recent study said that there’s a gulf between the number of drivers who say they have done so versus the actual number of recalls that have been fulfilled.

Stericycle Expert Solutions, a product recall management company, surveyed more than 1,100 people in the U.S. and 87 per cent of them said they act when they receive a recall notice. However, the National Highway Traffic Safety Administration found that less than 62 per cent of recall notices are actually fulfilled despite recall notices over an 18-month period. The NHTSA can more precisely track recall fulfilment by VIN.

“The results suggest a discrepancy between the good intentions of automobile owners and what they actually do when they receive a recall notice,” said Wayne Mitchell, director of automotive solutions at Stericycle Expert Solutions.

In recent months, a number of automakers have issued recalls. Since mid-October, Fiat Chrysler sent recall notices for headrests, Toyota recalled minivans over an issue with its shifters, Ford sent notices for a number of issues, ranging from problems with doors to wiring issues, and BMW also recalled vehicles due to a fire risk. In just these examples, almost 3.25 million vehicles have been affected, including nearly 300,000 in Canada.

The desire to respond to automotive recalls ranks lower than those from food or drug companies. Further, the study found that only 46 percent of respondents said they had received one to four automotive recalls, while 37 percent claim they have never received a single notice.

Age might be a factor. Baby Boomers are most likely to say they respond to all or most recall notices – 91 per cent claim compliance – but just 78 per cent of Millennials do the same.