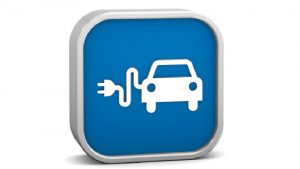 Electric vehicles are coming to the forefront for the future of the automotive industry and Desjardins group has paired with Hydro-Quebec to take a step further in that direction.

The group announced that they will be installing 200 charging stations for electric vehicles throughout Quebec and eastern Ontario by 2021 mainly on Desjardins caisse properties. There will be station from Chapais in Nord-du-Québec to Havre-St-Pierre on the Côte-Nord and from Windsor, Ont. to the Îles-de-la-Madeleine.

The partnership is building on Hydro-Québec’s already developed public charging network, Electric Circuit, which has been expanding across Quebec for six years. By joining this partnership, Desjardins is helping Hydro-Quebec to achieve a sustainable, responsible, and eco-friendly economy. The stations will have 100 new standard 240-volts and 60 quick charge 400-volts to make them more efficient.

“Desjardins Group is determined to tackle the issue of climate change head on. By adding 200 charging stations, we’re helping the transition to clean energy and the socioeconomic development of communities in a very practical way. Our caisses are mobilizing to provide widespread access to charging stations for electric vehicle users travelling in Quebec and Ontario,” said Guy Cormier, president and chief executive officer of Desjardins Group. “Collaborations like the one between Desjardins and Hydro-Québec are a constructive way to address major collective challenges like climate change.”

“This partnership with Desjardins Group will help us take a big leap forward and send a clear message to anyone thinking of buying an electric vehicle: the public charging infrastructure is on the way. An electric vehicle is now a realistic option,” said Éric Martel, chief executive officer of Hydro-Québec.