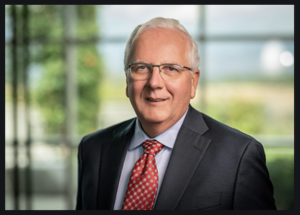 The board of directors of Tenneco Inc. has appointed Dennis J. Letham as its new chairman.

Letham who had formerly been the lead independent director, succeeds Gregg M. Sherrill, who served as non-executive chairman of the board since 2018, and as chairman for over 10 years after joining Tenneco in January of 2007 as the company’s chief executive officer.

Sherrill will remain a member of the board and announced that he intends to retire prior to next year’s annual meeting of stockholders.

“It’s been an honor to serve as Tenneco’s Board chair for the last 13 years,” said Sherrill. “I’m confident in our future and in Dennis’ leadership as we continue our commitment to the best governance practices by refreshing our board leadership positions with highly qualified individuals.”

Letham has been a member of the board since 2007 and for many of those years has served as the chair of the board’s audit committee.

He has significant public company executive experience from his more than 35-year career, including serving as executive vice president and CFO of Anixter International Inc. from 1995 until his retirement in 2011. He currently serves as a director of Extra Space Storage Inc.

“For the last 13 years, Tenneco has been and will continue to be very fortunate to have Gregg’s steady hand and strong voice in the board room,” said Letham. “I look forward to continuing to work with Gregg and the other directors as we continue to oversee the successful execution of Tenneco’s strategic and financial objectives.”

Headquartered in Lake Forest, Illinois, Tenneco is one of the world’s leading designers, manufacturers and marketers of aftermarket ride performance, clean air and powertrain products. It has approximately 78,000 employees, and in 2019 it had revenues of $17.45 billion. In 2018, Tenneco completed the acquisition of Federal-Mogul. In the future, the company expects to separate its divisions to form two new, independent companies: DRiV, an Aftermarket and Ride Performance company, and New Tenneco, a Powertrain Technology company.