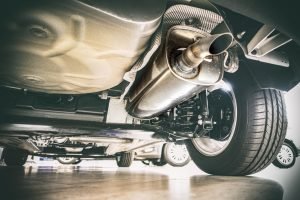 He made the penalties official on March 8 at the White House – 25 per cent on steel and 10 per cent on aluminum. Canada and Mexico were given a provisional exemption. That means, according to Trump, a reprieve is in place for now but the tariffs could be added later. This has been interpreted by some as a threat related to NAFTA renegotiations.

Still, the MEMA called the tariffs “dangerous,” and that it put jobs in “harm’s way.” The group is in favour of creating more jobs in the U.S. and boosting the country’s competitiveness on a global scale, but this move does not help, it said. In fact, it flies in the face of those goals.

“But the remedy that President Trump has prescribed – steep, across the board tariffs on aluminum and steel coming into the United States – is dangerous. In fact, it could put the very jobs and competitiveness he hopes to help in harm’s way,” the group said in a statement.

“Our position on tariffs is clear: Tariffs will be detrimental to the jobs that the motor vehicle parts supplier industry created.”

The U.S.-based Auto Care Association has also come out with a statement opposing the tariffs, calling them “a tax” that will result in higher prices for consumers.

“Based on the fact that there are few parts necessary for the upkeep of a vehicle that do not contain significant amounts of steel and aluminum, this action will have a significant negative impact throughout the supply chain, including many small medium and small businesses and their employees that comprise the auto care industry,” the group said.

The MEMA noted that it spent time and effort to express its concerns to the president’s top advisors. It also had previously said that tariffs would also raise prices on consumers. The Associated Press reported that if the entire cost of price hikes were passed to consumers, which may not be possible, it could add about $300 to the price of the average vehicle, said Kristen Dziczek, director of Center for Automotive Research’s Industry, Labor & Economics Group.

“Our position on tariffs is clear: Tariffs will be detrimental to the jobs that the motor vehicle parts supplier industry created,” the MEMA said. “While we support the administration’s focus on strong domestic steel and aluminum markets, tariffs will limit access to necessary specialty products, raise the cost of motor vehicles to consumers, and impair the industry’s ability to successfully compete globally.”

Canada and Mexico are exempt from the tariffs – for now. That, however, is of little consequence to the association, saying it only may provide short-term relief from the negative effects of this decision.

“Tariffs on steel and aluminum would hurt the largest sector of manufacturing jobs in the U.S., putting the well-being of many Americans – and the nation’s economic security – at risk,” the MEMA stated. “We are disappointed that President Trump chose to disregard our message and sign a proclamation today allowing these tariffs to take effect.”

While the ACA expressed relief for the exemption of Canada and Mexico, the assoication wants to see the action reversed, or at least changed.

“While we strongly urge the president to reconsider this action, at minimum we hope that the administration will look to create an efficient exemption process for qualified U.S. companies in order to alleviate the harm that will be caused by the imposition of this tariff,” the ACA’s statement said.

Around the world, countries and indutry groups slammed the tariff decision.

China said it “firmly opposes” the decision. Japan warned that the move could impact “the economic and co-operative relationship” the two allies have. The European Union is hoping for an exemption like Canada and Mexico received, or resolve the issue with the World Trade Organization. If not, retaliation could be an option.

Back in North America, the head of the Consumer Technology Association, which has 2,200 members, echoed the MEMA’s concerns over job losses.

Consumers may also end up paying more for beer, according to the CEO of the Beer Institute, a trade group representing the world’s largest brewers. Jim McGreevy estimated a 10 per cent tariff on the aluminum encasing most beer sold in the U.S. will push costs up by $348 million annually, threatening more than 20,000 jobs in the industry.

The National Retail Federation, of which department stores, grocery stores and other merchants around the world, also denounced the decision.

“A tariff is a tax, plain and simple,” said Matthew Shay, its president and CEO, according to The Associated Press. “Consumers are just beginning to see more money in their paychecks following tax reform, but those gains will soon be offset by higher prices for products ranging from canned goods to cars to electronics.”