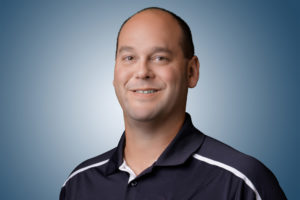 Cary Redman, vice president of brand sales for Edelbrock, has been elected to be the next chairman of the Custom Automotive Network (formerly Performance Warehouse Association).

He will begin his term in January.

CAN president Tracie Nunez said 2019 was an exciting year of changes for CAN, marking the first year every member type has been represented on the board of directors.

“The results from this election provides us with another significant moment as the first manufacturer. We look forward to a prosperous year and welcoming several new directors in January of 2020.”

This year’s director election was held to fill three distributor, one manufacturer and one partner director seats. Having previously served on the board, Rich Butler, CEO of R&R Marketing Consultants and Bob Barra, Executive Vice President of Sales and Marketing at Premiere Performance, have each been reelected for a second term as directors. New Board members include: Dana Seefeldt, Director of Merchandising at AutoAnything, Fred Petrivelli, Vice President of US Sales at Keystone Automotive Operations, and Chris Fairless, Director of Sales at Hypertech.