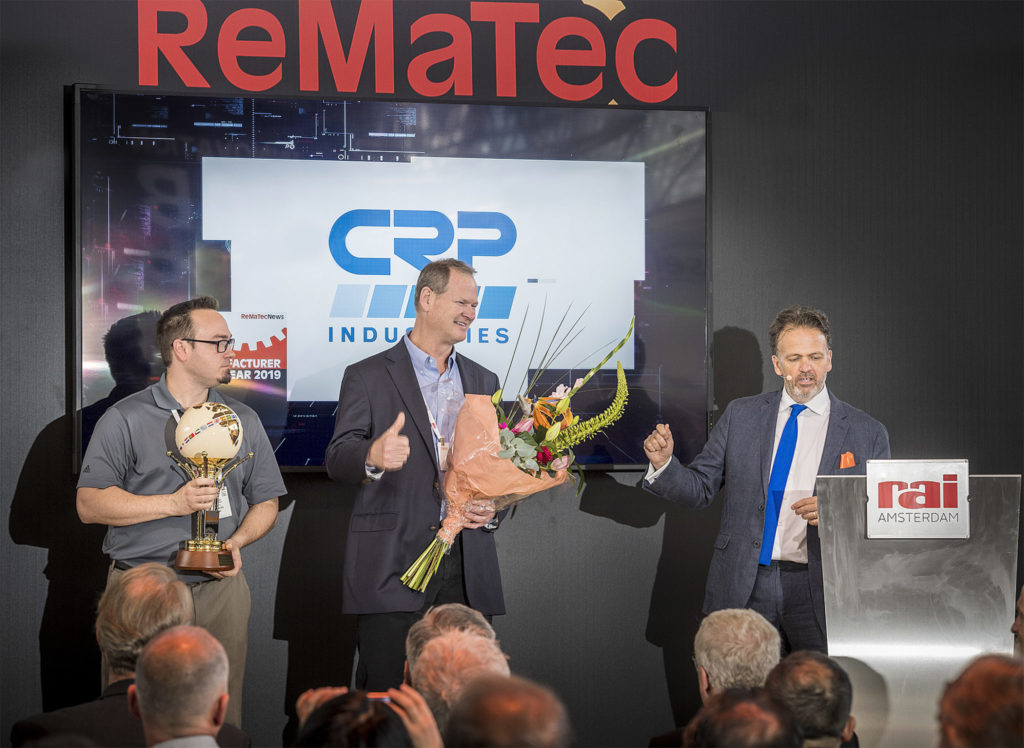 The award, which was given during the Remanufacturer of the Year Awards in June 2019, recognizes CRP Industries for its AAE Steering Systems Components brand, which features a wide range of remanufactured electric power steering (EPS) systems components.

The Best Reman Business Innovation award, one of only three awards presented at the opening ceremonies, was judged by a panel of remanufacturing industry experts. CRP Industries was praised for its introduction of lean principles and semi-automation to its supply chain management at its North Carolina manufacturing facility.

The company has implemented new processes across its AAE Steering Systems reman functions, and these innovations have not only had a very positive effect on efficiency, but also helped to support an aggressive and successful EPS product launch.

Founded in 2005, the Remanufacturer of the Year Award has been given to some of the most prominent names in the reman industry. Representing CRP Industries at the award ceremony and accepting the award were CRP Industries COO Scott Shea and CRP’s director of remanufacturing and steering Jack Bordeau,.

“This is very exciting for CRP,” said Shea. “We’re a third-generation family-owned company and a relatively new player in the reman industry. We recognize what competition we have in terms of companies that are much larger and have been remanufacturing for decades, and they are some very big names. We’ve been determined to become a leader in the industry since we entered the market in 2015, and we believe we are at the forefront of technology and it’s great to be recognized for that.”