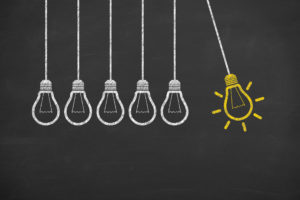 Making Canada’s automotive industry more attractive continues to be a work in progress. The Canadian Automotive Partnership Council met this week in Detroit during the North American Auto Show to discuss boosting growth, innovation and competitiveness in the field.

Don Walker, CAPC chair and CEO of Magna, said in a news release that “it is imperative that we keep people passionate about the future of automotive and the role our country can play in it. Keeping manufacturing strong in Canada and building its innovation economy should be priority number one for government, industry, labour and academia.”

Innovation is essential as far as the federal government is concerned, said Navdeep Bains, minister of innovation, science and economic development, who was part of the meeting. “The federal government’s support for innovation in the auto sector is a key part of our plan to create better jobs, opportunities and living standards for all Canadians. We invest in automotive innovation as a full and active partner to secure and create jobs in the sector across the country.”

According to the release, the council discussed a number of issues, such as competitiveness challenges, attracting talent, growing the industry and recommendations that focus on advanced technology. In addition, Ray Tanguay, automotive advisor to the federal government and Ontario, “reported on his ongoing activities to promote Canada as a valued jurisdiction for manufacturing and developing new technologies.”

The CAPC highlighted its desire to keep important stakeholders, such as government, industry and labour, on board and continue to be involved in strategies to grow the country’s automotive reach in 2017. “Canada’s automotive industry is built on a foundation of strong partnerships and it is this foundation that will be key to driving growth through innovation. In the coming year, CAPC will continue working to implement its priority recommendations and to keep abreast of the ever-evolving changes affecting the industry,” it said in the release.

Also joining CAPC members – which include of CEOs from automobile assemblers and parts suppliers, representatives of aftermarket associations, and federal Ontario and Quebec industry ministers – were Brad Duguid, Ontario minister of economic development and growth, and Jocelin Dumas, deputy minister of the economy, science and innovation in Quebec.