If the sale of auto parts and service during the Great Recession of 2009 is any predictor of what will happen during the current market downturn, independent shops should expect to fare better than dealerships.

According to a new report by Illinois-based automotive research firm IMR Inc., when consumers are faced with economic challenges, they tend to favour aftermarket repair shops over dealerships if they can’t do the work themselves.

“Generally, as we saw between 2008 and 2009, during an economic downturn, they tend to repair their vehicles as a DIYer,” said Bill Thompson, CEO of IMR Inc. “Where they cannot, they’ll choose one of various aftermarket outlets for service.” 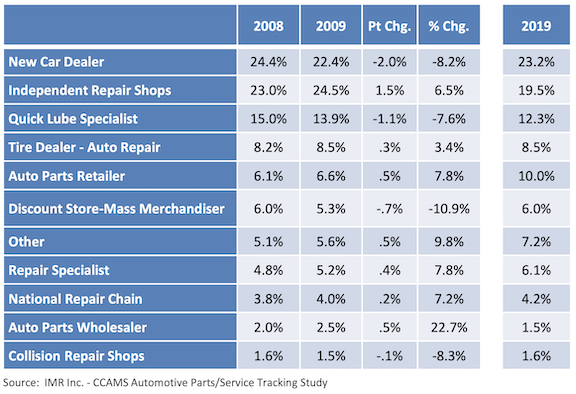 IMR’s report, designed to glean insights from the way purchasing behaviour changed during the last major economic downturn, found that do-it-for-me activity declined in the lead-up to 2009, removing service events from the DIFM market. But dealerships were hit harder.

The report also found that the independent repair sector’s share of non-warranty work by vehicle age changed very little during the Great Recession. But, over the years, independents have lost share to dealerships amongst vehicles older than three years. 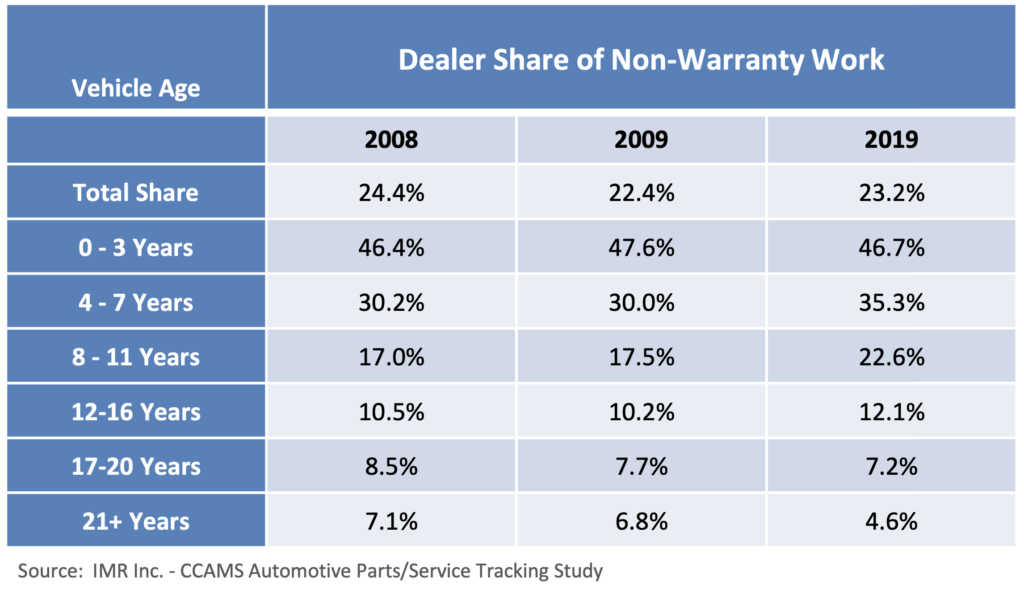 Interesting, IMR Inc. found that in the 10 years since the Great Recession, dealerships have managed to capture more non-warranty work on aging vehicles, compared to independent shops which have lost ground. 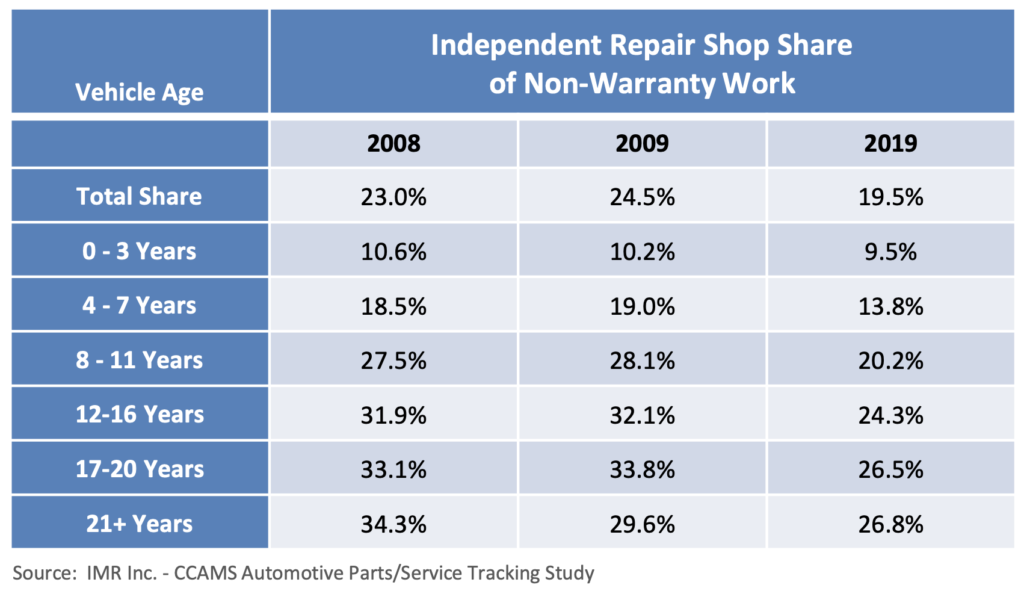 Predictably, IMR found that online parts purchases increased up in 2009 over 2007 and 2008 levels, but that is not seen as tied to the downturn. Indeed, it has climbed in the years since to a much higher percentage of parts purchases.

The report looked at auto repair ‘events’ rather than dollars spent, and focused on practical repairs that kept vehicles moving, rather than the purchase of auto accessories.

Thompson said the report should offer data that will be valuable to companies making structural changes during the current economic downturn.

“No matter where you sit in the automotive industry, consumers purchasing parts and services drives our collective businesses and having some insight into their behavior is essential,” he concluded.