Commentary: This was NOT a gender vote

If you’re not used to the term ‘Madame Chairman’ being thrown around at AIA meetings, you’re in for a treat.  We’ll hear those words an awful lot over the next year, as Susan Hitchon takes her place in the lead chair of the Automotive Industries Association’s executive council.

Here at Auto Service World it’s the first time we’ve had to think about how to address the incoming leader of the Automotive Industries Association of Canada’s executive board.

Historically, it has always been ‘chairman’ for no other reason than because every person to sit at the head of that particular table has, indeed, been a man.

But as the first woman to assume the position, Susan Hitchon forced us to reconsider the terminology. Is ‘chairman’ anachronistic? Is it a vestige of the patriarchy? Is it inherently sexist?

Hitchon is our first chairwoman. And it seems that in the interest of accuracy, we should call her so. The least of our concerns is that it will require a rewiring of the brain for those who are used to appealing to ‘Mr. Chairman’ whenever they debate matters of urgency.

To some ‘chairwoman’ has a very different flavour, partly because it accentuates the gender rather than the position. It puts the word WOMAN in capital letters. This is wholly opposite to how the word ‘chairman’ works, where we emphasize CHAIR and reserve barely enough breath to murmur the word ‘man.’

Many, of course, will sidestep that whole problem by shortening the word, and creating the gender-less ‘chair.’ This may seem like an elegant solution at first. It certainly rolls a little easier off the tongue. But personally, I don’t like it for its basic inaccuracy. A person is not a chair. Plus, it denies any reference to the symbolic victory a woman’s ascent to the echelons of power represents. Should we not acknowledge that in some small way?

Ultimately, the honorific ‘Madame Chairman’ was Hitchon’s own choice. It was something she said she’s been thinking about, knowing that people would ask her what she wanted to be called.

I’m happy to honour her decision. At her request, she’ll be known as the incoming chairman of AIA.

Like me, she is eager to downplay the fact that her election is a matter of historical note. If anything, the most notable thing about elevating a woman to the chairmanship is that it didn’t happen decades sooner. The automotive aftermarket is late to gender equality. We should not multiply our embarrassment by being too self-congratulatory.

The election of a woman does not necessarily usher in a kinder and gentler approach to representing our industry. It will not necessarily bring more nurturing programs, or more empathetic counsel. Anyone who knows Hitchon knows she will bring her own set of concerns and priorities to the role, informed by market realities rather than gender politics.

I’d like to congratulate her on assuming a difficult role at a difficult time in our industry’s history. I know she’s not one to shy away from tough decisions, and I wish her all the best in the year to come. 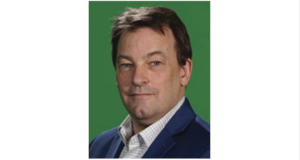 I want to hear what you think. Send your comments to allan@newcom.ca.