COMMENTARY: They can’t handle the truth!

I hate to admit it, but a friend of mine would be a terrible customer for any repair shop. If you see him coming, flip the sign in the window. “Sorry! We’re closed.” You’ll be doing yourself a favour.

He’s a great guy, but he’s always looking for a deal. And as much as he needs his car for a very demanding sales job, he just hates to spend money on it.

He takes it for service, only when absolutely necessary, to one of those small back-alley garages that has an inch of grease on every surface.

It’s one of those “my guy” kind of situations. You know. “You should go see my guy,” he says. “My guy is really good. And he’s cheap too.”

Emphasis on the “cheap.”

Anyway, when my friend’s 2009 Sebring was starting to make strange noises, I convinced him to take it to what I called “a real shop.” See what they’d do, I said, and I recommended a shop with a great reputation for quality repairs and excellent customer service. The real shop found that the Sebring desperately needed a strut mount and they quoted him on the job. But because they’d never dealt with him before and didn’t know his vehicle’s maintenance history, they took it upon themselves to conduct a complimentary inspection.

They presented him with results, which were not atypical for a 10-year-old vehicle. A lot of things needed attention. If he’d authorized it all, it would have come to over $1,700. That was far more than buddy had anticipated. And while he understood that he was under no obligation to purchase the repairs, he found it a little presumptuous that they’d inspected his vehicle at all. He hadn’t asked them to.

I explained that this is a trend in the industry, and a defensible one at that. If he experienced some kind of ignition problem a week later or found that his brakes were metal-on-metal, he’d be upset that they hadn’t pointed that out when his car was in the shop.

The inspection was intended to give him a report on the current state of his vehicle, and he could do with it what he liked.

What he liked, it turned out, was to go back to his guy, who offered a cheaper solution to the strut mount problem – about half of what the other shop had asked for. My friend’s guy scoffed at all the other work the shop had found, but he promised a better price on that work if my friend really wanted to have it done. No surprise, my friend stuck with his guy.

People always say they want to find an “honest mechanic.” I think the problem is that they don’t want honesty at all. They would rather hear some delusional diagnosis that saves them money, than an honest assessment and a plan to restore the value of the vehicle. To paraphrase Colonel Jessup, they can’t handle the truth!

In the end, of course, proper maintenance doesn’t cost more than neglect. My friend’s 10-year-old Sebring is on its last legs. Replacing it will not be cheap. But regular maintenance through the years could have doubled its life… and saved thousands of dollars.

This is the message we struggle as an industry to communicate. It is the consumers who “get it” that you really want as customers. 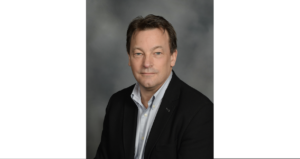 I want to hear what you think. You can reach me at allan@newcom.ca


4 Comments » for COMMENTARY: They can’t handle the truth!